Arsenal take on Stoke at the Emirates on Saturday afternoon. Here is a preview with team news, line-ups, betting tips and predicted score.

Arsenal will be looking to go top of the Premier League table when we entertain Stoke City at the Emirates on Saturday afternoon.

Last weekend’s impressive 5-1 win over West Ham saw us climb up to second after Liverpool lost at Bournemouth but we remain three points adrift of leaders Chelsea after they beat Manchester City at the Etihad Stadium.

A 2-0 victory over Stoke tomorrow would be enough to see us go top on goal difference and keep the pressure on Antonio Conte’s men ahead of their clash with West Brom on Sunday.

We warmed up for the game with a fine 4-1 win over Basel on Tuesday night that helped us secure top spot in our Champions League group for the first time in six years so we should be in buoyant mood tomorrow.

However, Stoke won’t be an easy game as Mark Hughes’ side have lost just one of their last nine league games so they’ll be coming to north London quietly confident they’ll be able to secure a positive result.

We could welcome Hector Bellerin back in to the squad after he recovered from an ankle injury that’s kept him out of action for the last month. However, with tough games against Everton and Manchester City coming up, Wenger may decide to save the Spaniard with Gabriel continuing at right-back.

Per Mertesacker and Danny Welbeck are back in light training as they continue to recover from long-term knee injuries but the duo are still a few weeks away from being back in contention.

Santi Cazorla is out until at least February following ankle surgery but Francis Coquelin returns to the squad after missing the Basel game through suspension.

Lucas Perez may find himself back on the bench tomorrow despite scoring a hat-trick in midweek with the likes of Theo Walcott, Alex Oxlade-Chamberlain and Nacho Monreal pushing for recalls.

Stoke will be without Ryan Shawcross as their captain remains sidelined but Bruno Martins Indi is available despite sustaining a facial injury at Burnley last time out.

Marko Arnautovic has been passed fit after picking up a knock last weekend but Geoff Cameron remains out with a knee problem. 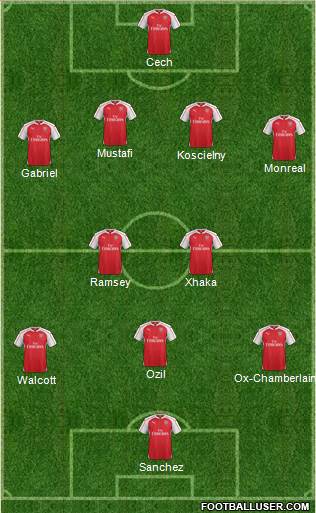 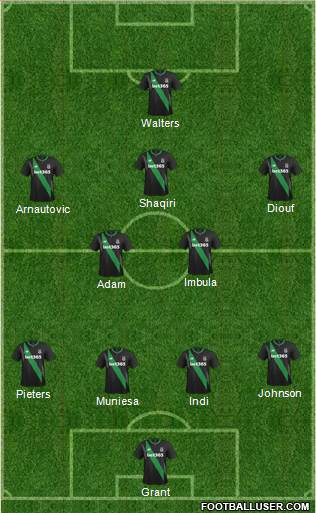 Arsenal 2-0: The visitors are on a good run of form so I’m not expecting an easy game but they haven’t beat Arsenal away from home in 25 years. We’re also playing some wonderful football so if we can sustain that level of performance, then I think we’ll have too much for the Potters.

Arsenal are the 4/11 favourites to win the game but we can get you enhanced odds of 4/1 on an away win – just click here to take advantage of these crazy odds. Here are some other bets I like the look of: