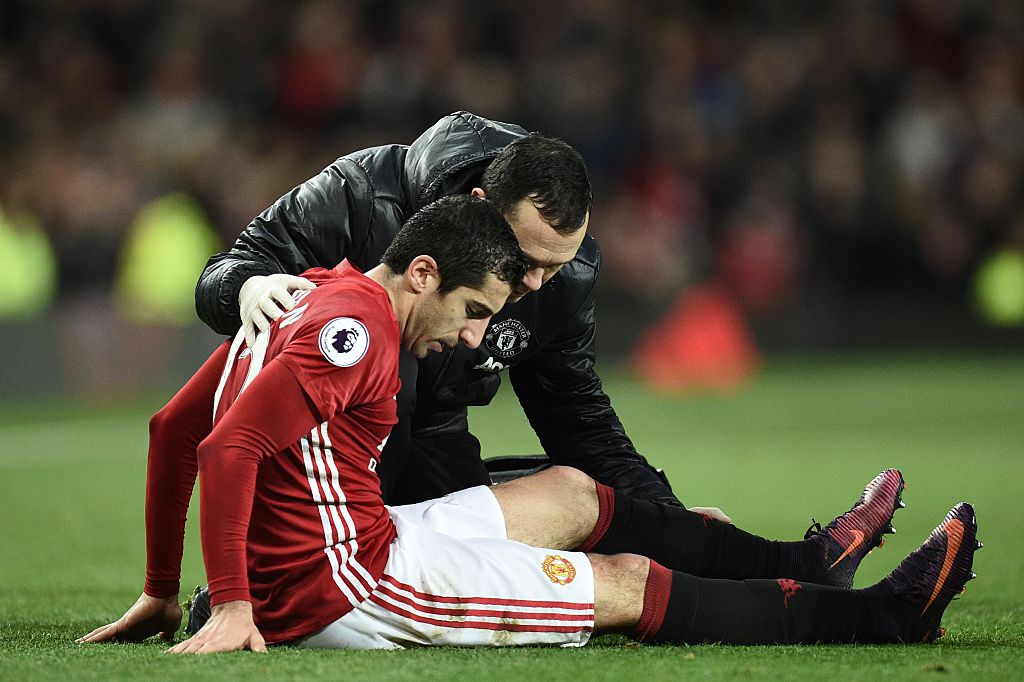 Manchester United manager Jose Mourinho has offered an update on Henrikh Mkhitaryan and has suggested the attacker will miss at least two games after picking up an ankle injury against Tottenham on Sunday.

Mkhitaryan continued his fine recent form by scoring the only goal of the game against Spurs as he raced clear midway through the first half and he wrapped his expensive football boots round the ball to fire home a powerful effort past Hugo Lloris.

It was the 27-year-old’s first goal in front of the Old Trafford faithful and made it two goals in as many games for the Armenian international but his afternoon was to end in disappointment.

Mkhitaryan was forced to receive treatment during the closing stages of the game after being caught in his left ankle by a late challenge from Danny Rose and limped off to be replaced by Eric Bailly in the 85th minute.

It looked to be a nasty injury, however, Mourinho eased those fears after suggesting the injury isn’t serious with the United boss hopeful Mkhitaryan will only miss their two upcoming games against Crystal Palace and West Brom before returning for the visit of Sunderland on Boxing Day.

Mourinho is quoted as saying by the Guardian.

“It looks like next match no but it looks like it is nothing dangerous or needing surgery, so hopefully we will have Micki [on] Boxing Day,”

It will obviously be a blow for United to lose Mkhitaryan for their next two games, particularly as he’s just starting to show fans what he’s capable of after forcing his way in to Mourinho’s first team plans following a slow start to life in England.

However, it will probably come as a relief that the Armenian is only expected to miss a couple of matches as it could have been a lot worse for the player.