Thierry Henry has offered his reaction after Arsenal were once again drawn to face Bayern Munich in the knockout stages of the Champions League. 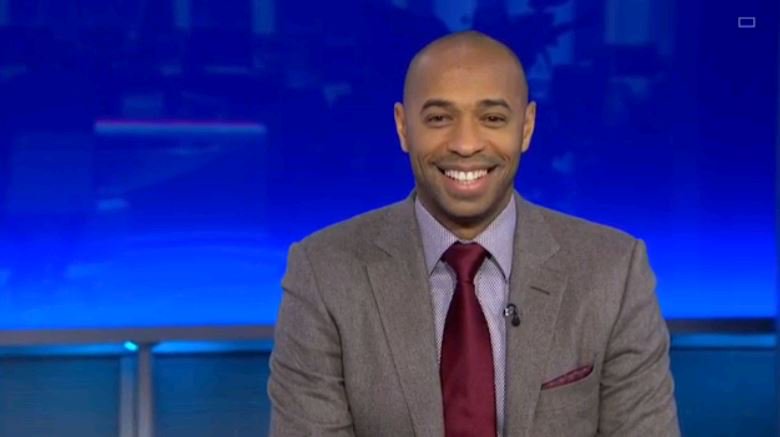 Thierry Henry says he wasn’t surprised to see Arsenal drawn to face Bayern Munich in the knockout stages of the Champions League after the two sides were once again pitted against each other.

Arsenal were hoping to avoid one of the big-guns in the knockout stages after topping Group A for the first time since 2011 having previously faced the likes of Bayern and Barcelona when finishing in the runners-up spot.

However, the unfortunate Gunners were once again drawn to take on Bayern after they finished second in their group, meaning it will be the fourth time in five years the two clubs will play each other in the Champions League.

Henry was in the Sky Sports studio to give his reaction to the draw and the Frenchman said he had a feeling Arsenal were going to be drawn against either Bayern or Real Madrid because ‘it seems like that’s the way it is’.

However, the 39-year-old recalled how his Arsenal side were considered the underdogs when they drew Madrid en route to the final back in 2006 and urged the current team to use the Bayern game as a challenge to prove they have what it takes to mix it with the very best.

Henry is quoted as saying by the Metro, or you can watch the video for yourself below.

‘Oh my gosh. Wooo. I don’t know why I had a feeling they would play Real Madrid or Bayern.’

‘It seems like that’s the way it is. But again, I remember when we drew Real Madrid the year we went to the final in 2006 with Arsenal.

‘I remember people being like it’s over for Arsenal. And I remember guys saying ah yeah we can be happy because they finished second so we were the so-called first team in the group everybody wanted to play.

‘But we reached the final and managed to beat Real Madrid. If I was a player now I would take that as a challenge.

‘People think we can’t beat them. We played them before, we lost. If you want to win the Champions League you have to at one point, you’ll have to play against Bayern, Barcelona or Real Madrid or whoever.

‘So why not now? They have to go out there and beat them.’

Obviously it’s an extremely difficult game for Arsenal and we’d have preferred an easier draw but as Henry says, we’ll need to play one of the big boys at some stage so let’s get it out the way now.

If we can beat Bayern, it will give the players huge confidence that we can go all the way in the competition and we’ll have knocked out one of the favourites. If we lose again, then we can concentrate on the Premier League title race.