Can Manchester United revive their season with a break into the top four and Europa League win?

Here we look at whether Manchester United can salvage their season by finishing in the top four and winning the Europa League. 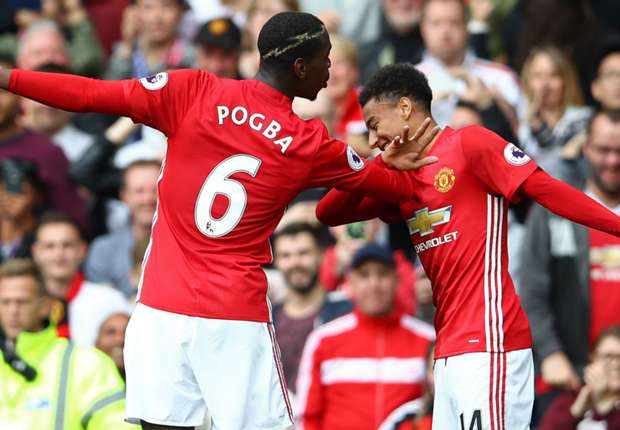 It’s no secret that Manchester United have got off to a poor start this season and it will certainly not be the start that Jose Mourinho was dreaming of as he gets his Old Trafford tenure underway.

After 16 games, Mourinho’s men have just 27 points, some 13 behind leaders Chelsea. The Special One recorded United’s worst ever start in the Premier League and in doing so, managed to make David Moyes’ and Louis Van Gaal’s reigns good, but after their surprise victory over Tottenham, can United break into the top four and win the Europa League?

Henrikh Mkhitaryan scored his first league goal for the club as they saw off Spurs in what was a close encounter at Old Trafford. The two sides were evenly matched but it’s goals that count and Mkhitaryan’s 29th minute effort was the difference. The win took United just three points behind their North London opponents as they sit in sixth place. If United can continue their form of late, there is no doubt they can break into the top four.

But if Mourinho’s men are to make the top four, they must improve their home form. Whilst credit can be handed to the Reds for only losing one of their eight home games, they need to turn their draws into wins, with four stalemates at Old Trafford already, whilst on the road, United have four wins, two draws and two losses.

Mourinho has already issued a rallying cry to his United troops and demanded more from them. It seems to have worked as United have won their last 3 on the bounce against tough opposition too.

On Current form the tipping experts at Big Free Bet have them as a strong contender to win the Europa League and finish within the top four.

With Zlatan Ibrahimovic on target and firing, Mourinho will hope that United will climb the table. Fellow summer signing Henrikh Mkhitaryan will also help United’s top four surge and Europa League challenge if he proves to be consistent.

After being drafted back in the team, the Armenian has two goals, one assist and three man of the match awards. The midfielder scored in his side’s first away win in Europe for two years as they saw off Ukrainian side Zorya Luhansk 2-0.

The Reds finished second in Group A, one point behind Fenerbahce and drew Ligue 1 side St.Etienne in the round of the last 32. Whilst it is by no means an easy draw, it is definitely a favourable one and United should definitely be able to have the edge. The French side are currently 8th in the league and finished top of Group C with 12 points, however, it was ultimately a poor group and Mourinho should be looking to the last 16.