Managers are now making moves to try and strengthen their squads during the January transfer window or next summer so we’ll bring you all the latest gossip from around the globe. Today, more on the future of Julian Draxler… 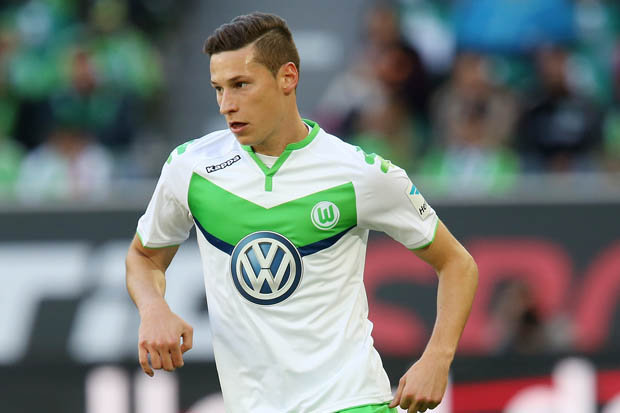 Liverpool are ready to try and hijack Arsenal and Paris Saint-Germain’s attempts to sign unsettled Wolfsburg attacker Julian Draxler this winter, according to The Times via The Sun.

Draxler made his name at Schalke and was strongly linked with a move to the Premier League before he eventually opted to join Wolfsburg in a £30m deal in the summer of 2015.

After an encouraging first season at the Volkswagen Arena, Draxler has been embroiled in a bitter war of words with the Wolfsburg hierarchy and the Bundesliga club plan to offload him during the winter transfer window.

PSG emerged as the early front-runners but one of Draxler’s representatives revealed earlier this week that the player also had an offer from Arsenal and he was still mulling over whether to head to Paris or London next month.

The unnamed agent is quoted as saying in the Mirror.

“Nothing is done, Julian is hesitating between PSG and Arsenal. For the moment, he is thinking.

“A decision will be made in the coming days. One thing is certain, he has played his last match for Wolfsburg.”

Arsenal have been long-term admirers of Draxler and Arsene Wenger may see the German international as the perfect addition to rejuvenate his flagging side – which has fallen nine points behind leaders Chelsea in the title race.

The Mirror claim that Wolfsburg are looking for around £34m for the 23-year-old which should be no problem for a team like Arsenal and it would actually represent a decent deal in today’s over-inflated market.

However, it looks as though the Gunners are now going to face further competition for Draxler’s signature as the Sun are citing The Times as reporting today that Liverpool have now joined the race to sign the talented attacker.

The Merseysiders currently sit second in the Premier League table and Philippe Coutinho, Sadio Mane and Roberto Firmino have formed an impressive attack with the trio keeping the likes of Daniel Sturridge consigned largely to a substitutes role [when fit].

But it appears Jurgen Klopp is still keen to further strengthen his attacking options and the German may see Draxler as the man to help fire Liverpool to the title during the second half of the campaign.

We’ll have to see how things develop over the coming weeks but I think Draxler would be a superb signing for either Arsenal or Liverpool and I’d love to see a player of his quality playing in the Premier League.