Manchester United will be looking to close the gap on the top four when they take on Stoke City at the Bet365 Stadium on Saturday afternoon.

The Red Devils extended their unbeaten run to 17 games in all competitions after coming from behind to score a late equaliser during a 1-1 draw with Liverpool at Old Trafford last Sunday.

That run has seen Jose Mourinho’s men claw their way back in to the top four mix and United can move to within just one point of fourth placed Arsenal with a win tomorrow ahead of the Gunners’ clash with Burnley.

However, Stoke won’t be an easy task as Mark Hughes’ side are unbeaten in their last three games against United at the Bet365 Stadium and they’ve kept three clean sheets in their last four home games.

The Potters head in to the game off the back of consecutive league victories over Watford and Sunderland which has seen them climb to ninth in the table so I’m sure they’ll be confident of taking something off United this weekend.

Mourinho confirmed at his press conference today that he has no fresh injury concerns to worry about and with Marcos Rojo and Zlatan Ibrahimovic making successful returns last week, he has a fully-fit squad to choose from.

Eric Bailly is still unavailable as he’s away at the African Cup of Nations while Luke Shaw is pushing for a recall to the squad after being frozen out due to concerns over his fitness.

Stoke welcome Bojan Krkic back in to the squad after he recovered from a rib injury but Jonathan Walters, Geoff Cameron, Jack Butland and Stephen Ireland remain on the sidelines.

Hughes will also have to make do without Ramadan Sobhi, Wilfried Bony and Mame Biram Diouf as the trio are away at the Africa Cup of Nations. 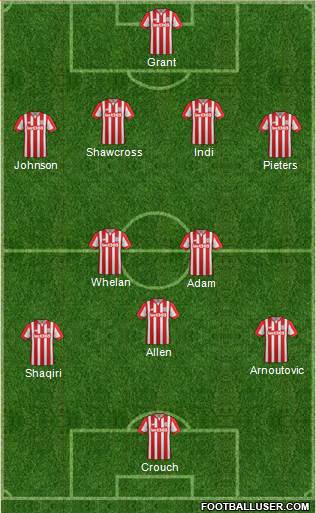 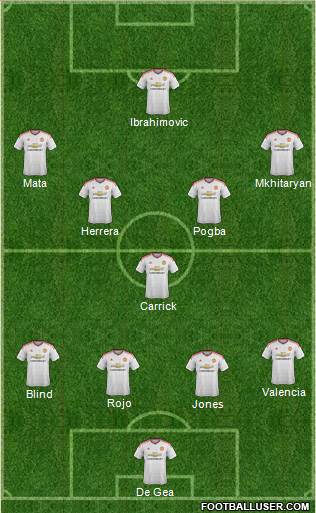 Stoke 1-2 Man Utd: Stoke away is usually a difficult trip for any of the top teams and I don’t expect this to be a walk over for United tomorrow. However, there is a real determination about this United side right now and I fancy them to edge this game to take home a vital three points.

Man Utd are the 8/13 favourites to win the game but I also like the look of Mourinho’s side to win at the exact score of 2-1 at odds of 15/2. For even more value throw in Ibrahimovic as the first scorer in a 2-1 win for tempting odds of 18/1. The easiest way to stay updated with the latest tips is to download one of the top brands betting apps for android or IOS.

If watching the likes of Chelsea, Tottenham Hotspur and United battling for the title has whetted your appetite, why not grab your mates and a ball and get down to your local Goals arena to see if you can unleash your inner Zlatan?

Boasting 46 state-of-the-art five and seven-a-side arenas with the latest ProTurf playing surfaces across over 500 enclosed, floodlit pitches, Goals is the ultimate destination for the skillful, the midfield dynamos and even the crazy goalies.