Arsenal will be looking to bring home a positive result when they take on Bayern Munich in the first leg of their Champions League last-16 clash this evening.

We made light work of the group stages after finishing top of Group A ahead of Paris Saint-Germain but unfortunately we were once again drawn to play Bayern after they finished second in Group D.

It’s a familiar feeling to be playing Munich at this stage of the competition as this will be our third last-16 meeting in the last five years with the Germans progressing in both 2013 and 2014.

The bookmakers are backing Bayern to make it a hat-trick by progressing to the quarter finals this year and it’s easy to understand why as they are a fantastic side who’ve made it to at least the semi-finals in each of the last five campaigns.

We also head in to the game in poor form having seen our Premier League title challenge ended by consecutive defeats to Watford and Chelsea and while we did get back to winning ways with a 2-0 win over Hull on Saturday, it was a nervy performance from Arsene Wenger’s men.

So we’re going to need to up our game if we want to bring home a positive result tonight in what could be Wenger’s final chance to lift the Champions League trophy with Arsenal.

Bayern are the 1/2 favourites but for more value our predicted score of 2-1 is available at odds of 15/2. If we throw in Robert Lewandowski to score first in a 2-1 Bayern win we get very tempting odds of 12/1. However, to lessen your risk you can use a Titanbet bonus code and get up to £100 in a welcome bonus, so you could use that to have a risk-free bet on Bayern tonight.

We’ve been hit by a fresh injury blow with the news that Lucas Perez has been ruled out of the game with a hamstring injury so he hasn’t travelled to Germany.

Aaron Ramsey is still nursing a calf problem while Santi Cazorla is still no closer to making his long-awaited return from an Achilles injury.

However, Granit Xhaka returns to the squad after serving his four-match domestic ban and I expect the Swiss international to start in midfield which could see Alex Oxlade-Chamberlain move out to the wing.

Wenger has already confirmed that David Ospina will start in goal while Nacho Monreal should get a recall at left-back with Kieran Gibbs dropping out.

There have been reports the boss is considering dropping Mesut Ozil and changing formation but I’d be hugely surprised if we don’t see a familiar line-up this evening – although Danny Welbeck may be recalled to the starting eleven.

Bayern received a boost yesterday after Xabi Alonso was passed fit after picking up a knee injury in training on Monday.

However, defender Jerome Boateng has been ruled out along with winger Franck Ribery so they’ll be two big misses for the Germans. 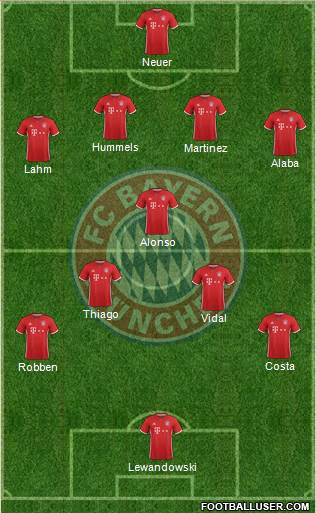 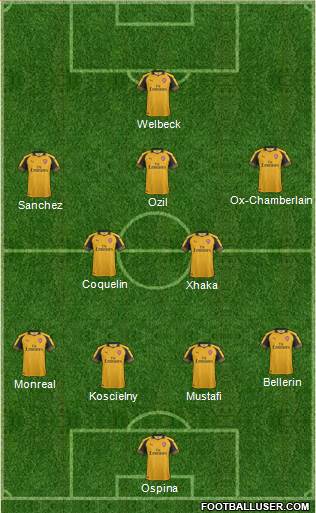 Bayern Munich 2-1 Arsenal: Unfortunately we head to the Allianz not playing well so it’s difficult to see the team suddenly rediscovering their form tonight. It could actually be a good thing that we’re likely to have less possession as hopefully Wenger is going to set-up to hit Bayern on the counter-attack. We have the pace in the final third to hurt Bayern as long as we keep things tight at the back.

That’s easier said than done against a team that’s won their last 15 home games in the Champions League, scoring 53 goals in the process, but I fancy us to do better than many are predicting. It’s going to be almost impossible to contain Bayern and I do think we’ll narrowly lose the game but believe we can grab what could be a vital away goal.