The January transfer window is now closed but we can still look at deals that failed to get across the line and those being lined-up for the summer. Today, an English duo are linked with Andre Silva… 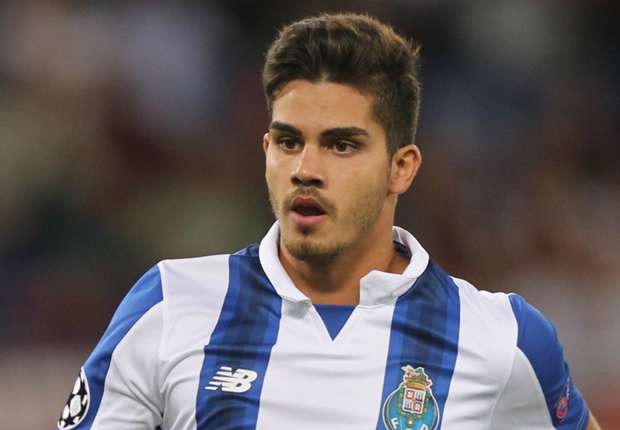 Arsenal and Manchester United have stepped-up their interest in Andre Silva after sending scouts to watch the striker in action during Porto’s defeat to Juventus last night, according to the Express.

Silva joined Porto’s youth academy in 2011 following a spell with Padronense and progressed through the ranks before breaking in to the first team set-up at the start of last season.

The 21-year-old is now considered to be one of the hottest young talents in European football after establishing himself as a regular at Porto this season having scored 18 and provided 7 assists so far.

The attacker has also made his mark on the international stage after scoring 4 goals in his 5 senior caps for Portugal after representing his country at every youth level from U16 through to U21.

It seems Silva’s potential has also alerted clubs here in the Premier League as the Express claim that Arsenal and Manchester United have stepped-up their interest in the striker.

The newspaper says that representatives from both clubs were in the stands at the Estadio do Dragao last night to watch the young forward during Porto’s 2-0 defeat to Juventus in the first leg of their Champions League last-16 tie.

Silva had a tough night up against one of the meanest defences in world football but it was a rarity as the Portuguese international has been in excellent form of late, scoring 3 goals and chipping in with 3 assists in his last six games.

We’ll have to wait and see how things develop over the coming months but there is no doubt that Silva is a huge talent who is destined to go to the very top of European football so I think he’d be an excellent addition for either Arsenal or United.

The Gunners may be on the look out for a new striker this summer if they are forced to cash-in on contract rebel Alexis Sanchez and Silva would be an exciting replacement for the Chilean superstar.

However, United are also expected to be in the market for another forward this summer as Jose Mourinho needs to find a long-term replacement for Zlatan Ibrahimovic while the future of Wayne Rooney is in serious doubt.

Silva appears to be on Mourinho’s radar but it remains to be seen whether he decides to formalise his interest and raid his former club or go for a more established name such as Antoine Griezmann.