The draw for the semi finals of the FA Cup was conducted tonight and Chelsea will now face Tottenham while Arsenal have been pitted against Man City.

The draw for the semi finals of the FA Cup was conducted tonight and it’s guaranteed to be a blockbuster couple of games at Wembley.

Arsenal booked their place in the last four after thrashing Lincoln City 5-0 at the Emirates on Saturday evening and Arsene Wenger’s men will now face Manchester City after the Citizens eased in to the next phase after beating Middlesbrough 2-0 at the Riverside on Saturday afternoon.

The second semi final will see a huge London derby as Chelsea take on Tottenham Hotspur after the Blues just edged in to the last four after beating 10-man Manchester United 1-0 at Stamford Bridge this evening.

Tottenham had it easier in their quarter final as they thrashed Millwall 6-0 yesterday but they’ll now face a much tougher task against the run-away Premier League leaders in the semi’s.

The ties will be played at Wembley on the weekend of April 22nd/23rd. 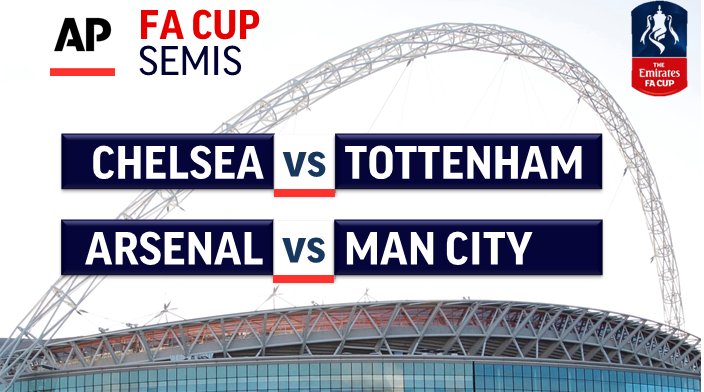