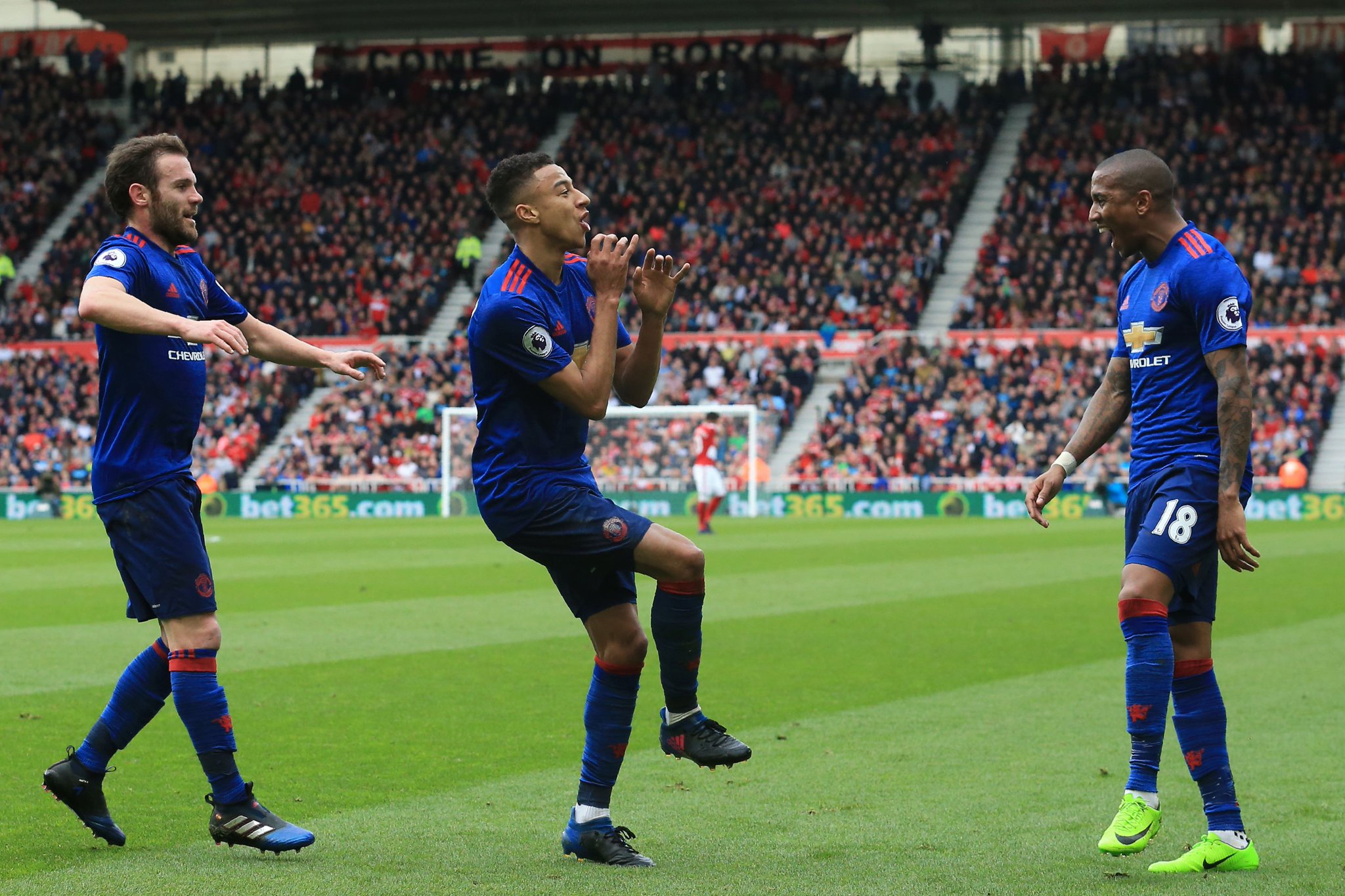 Jesse Lingard scored a stunning goal as Manchester United boosted their top four hopes with a vital 3-1 win against Middlesbrough at the Riverside Stadium this afternoon.

The hosts started well but it was United who broke the deadlock as Ashley Young found Marouane Fellaini with a superb cross and the Belgian international powered home a far post header for 1-0 in the 30th minute.

United doubled their lead midway through the second half when Jesse Lingard fired home a stunning effort in to the top corner from 20 yards to make it 2-0 in the 62nd minute.

Rudy Gestede then halved the deficit as he took advantage of some poor defending from Chris Smalling to make it 1-2 in the 77th minute and set up a nervy final 15 for the visitors.

However, as ‘boro pushed for a late equaliser, United were gifted a third goal when former goalkeeper Victor Valdes slipped when attempting to make a clearance to allow Antonio Valencia to walk the ball in to the net in stoppage time.

The win sees United climb to fifth place in the table and to within just three points of the top four ahead of Liverpool’s game at Manchester City this afternoon.