Wenger Working On £200m Overhaul: 7 New Signings In, At Least 6 Players Out

Managers are now making plans for the summer transfer window so we’ll bring you all the latest news and gossip from around the globe. Today, more details on Arsenal’s busy summer….

Arsene Wenger is set to stay at Arsenal and is already working on a £200m summer overhaul that will see the boss try to sign seven new players with at least six expected to be sold, according to the Mirror.

Wenger came under fresh criticism from the fans following our 3-0 humiliation at Crystal Palace on Monday night but it looks increasingly likely that the Frenchman will still be in charge come the summer.

The Mirror claim that he has already been promised £100m to revive his squad with this summer but will see that warchest boosted up to around £200m by the sale of several players.

While Alexis Sanchez could stay, the newspaper says that Mesut Ozil is expected to be sold after failing to agree terms over a new deal while Jack Wilshere and Alex Oxlade-Chamberlain are also likely to go as they approach the final years of their contracts.

Lucas Perez is almost certain to leave after failing to establish himself following his move last summer while Olivier Giroud is being tipped to push for a move after struggling to hold down a regular spot in Wenger’s team this year.

David Ospina is also expected to be sold as he’s reportedly become frustrated at playing second-fiddle to Petr Cech while Kieran Gibbs’s future at the club is also in doubt.

By selling off at least six first team players, Wenger will have a record transfer kitty at his disposal and the Mirror claims he’s already working on bringing in a keeper, two full-backs, a deep-lying midfielder, two wide-men and a striker. 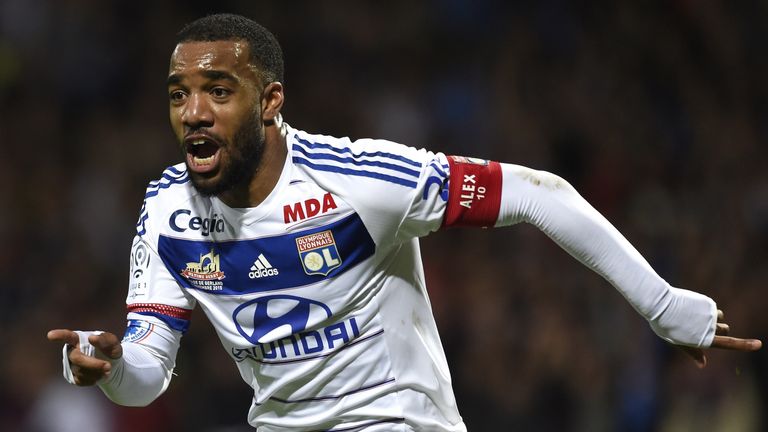 The paper says that Alexandre Lacazette is the top striker target with Wenger ready to renew his interest in the French international after watching him score 30 goals for Lyon this season.

Celtic left-back Kieran Tierney is also reportedly on the bosses radar as he looks for a long-term replacement for Nacho Monreal and Kieran Gibbs while his team-mate Moussa Dembele is also being eyed as a potential addition in attack.

In goal, the Mirror say that Sunderland’s Jordan Pickford and Stoke’s Jack Butland are targets while Wenger has joined Tottenham and Man City in the chase for Crystal Palace winger Wilfried Zaha.

I must admit, I’m a little underwhelmed at the targets being listed here and I’d expect us to be more ambitious with our plans if Wenger really will have upwards of £200m to spend.

Lacazette is arguably the most established player named in the Mirror’s report and even he can’t get in ahead of Olivier Giroud in the France team while compatriot Dembele is still unproven outside of Scotland.

Butland and Pickford are two promising young keepers while Tierney and Zaha also have bags of potential but none are world class players that we desperately need to make us genuine title challengers next season.