Liverpool take on Crystal Palace at Anfield on Sunday afternoon. Here is a preview with team news, line-ups, betting tips and predicted score

Liverpool will look to cement their position in the top four of the Premier League table when they take on Crystal Palace at Anfield on Sunday afternoon.

The Reds have boosted their Champions League qualification hopes with a 1-0 win at West Brom last weekend following on from a 2-1 win at Stoke City to extend their unbeaten run to seven games.

It’s left Liverpool sitting third in the table but with fifth-placed Manchester United six points adrift with two games in hand Jurgen Klopp will be desperate to widen the gap with a win tomorrow.

Palace come in to the game after being held at home by Leicester City last weekend but Sam Allardyce has navigated the Londoners to wins over Arsenal and Chelsea this month so Liverpool will know not to take this game too lightly.

The hosts will hand late fitness tests to Joel Matip and Lucas Leiva after the pair suffered muscle injuries last week but the duo have taken part in light training so look to be winning their race to be passed fit.

Ragnar Klavan will also be given a late check on a knee injury while youngster Joe Gomez is on stand-by to fill-in at the back if the trio are all ruled out.

Adam Lallana is stepping-up his recovery from a thigh injury but the midfielder won’t be in contention tomorrow while Jordan Henderson is facing a race against time to play again this season. Sadio Mane remains out with a knee ligament injury.

Palace will be without Mamadou Sakho as he’s not eligible to play against his parent club so James Tomkins is set to return while Loic Remy and James McArthur are also in contention. 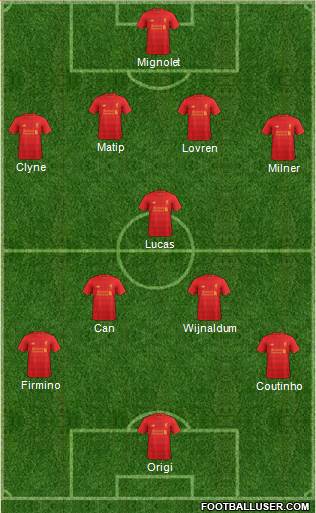 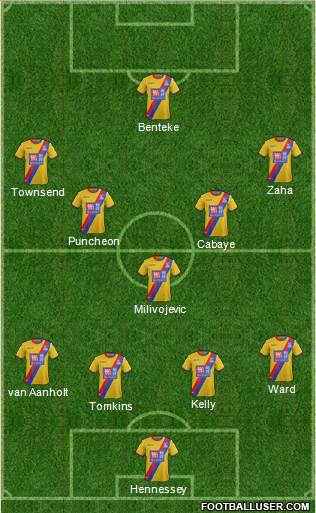 Liverpool 2-0 Crystal Palace: Liverpool have been grinding out wins despite their injury woes and I expect them to do-so once again tomorrow. Palace are a dangerous side with the likes of Benteke and Zaha in attack but with Champions League football within touching distance, I don’t see Klopp’s men throwing it away now.

Liverpool are the 1/2 favourites with the bookmakers but we can get new customers enhanced odds of 6/1 on a home win – just click here to take advantage of these crazy odds [winning paid in free bets, T&C’s apply]