Just a quick transfer update for you. First up is the latest news on our hunt for a striker. It has been widely reported that Arsene Wenger is to renew his interest in want-away AC Milan striker Klass Jan Huntelaar. The Dutch forward in keen for a short-term move away from the San Siro in search of first team football to secure his place in the Holland World Cup squad. Although, his £65,000 per week wages are thought to be a problem. What is the problem? Arsene gives out contracts like that to unproven players like Theo Walcott at 21 years old, so why not a fully established international striker who scores goals where ever he plays (if given the chance!)? I would love to see Huntelaar brought to the Emirates, initially on a 6 month loan with a view to a permanent deal if all parties are happy. While your at it Arsene, bring back Flamini as well! 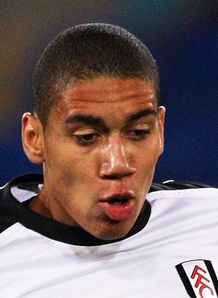 Next is the news that Fulham have rejected Arsenal’s bid for defender Chris Smalling, preferring instead to accept Manchester United’s offer. United will now open talks with the young England U21 centre back with a view to securing the transfer asap before Arsenal return with an improved bid. Ferguson is keen to avoid the embarrassment of losing out to Arsenal like he did with Aaron Ramsey. I must admit i would be disappointed to miss out on Smalling. Not just because it would be nice to get one over old red nose again, but i think he would be a great addition to our squad. Especially with the possibility of losing  Silvestre, Campbell and Gallas at the end of the season. Bringing in Smalling now would give him the chance to learn from the experienced trio before they part company. Arsene Wenger has stated in today’s press conference that he is STILL interested in the player despite Man Utd’s interest, so it seems we will return with an improved offer soon.