Managers are now pressing ahead with their plans for the summer transfer window so we’ll bring you all the latest news and gossip from around the globe. Today, more on the future of Alex Oxlade-Chamberlain… 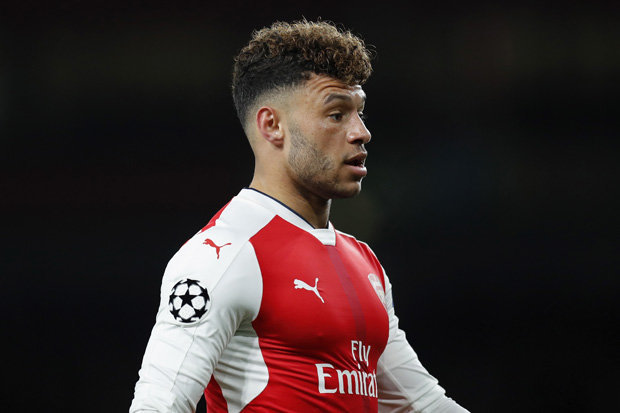 Arsenal have knocked back Liverpool’s £25m approach for Alex Oxlade-Chamberlain but the midfielder still wants assurances that he’s a key part of Arsene Wenger’s plans before he’ll sign a new deal, according to the Evening Standard.

Oxlade-Chamberlain has been with Arsenal since joining the club from Southampton in 2011 but he’s failed to progress as many had hoped and has struggled to hold down a regular first team place in recent years.

The 23-year-old started just 16 Premier League games last season and with just one year remaining on his current contract, he’s reluctant to commit his future to the Emirates.

The uncertainty has alerted Liverpool with Jurgen Klopp believed to be keen on luring Oxlade-Chamberlain to Anfield and the Mirror claim that the Merseysiders have now made contact with Arsenal chiefs to try and thrash out a £25m deal.

However, the Evening Standard claim that the Gunners have already rebuffed Liverpool’s approach and are in talks with Oxlade-Chamberlain about a new deal worth in the region of £100,000-a-week.

The newspaper says Arsenal remain confident the midfielder will sign an extension but negotiations have slowed as Oxlade-Chamberlain wants assurances from Wenger that he’ll be a key part of his team.

The England international impressed during the second half of last season in the right wing-back role and he also starred when given the chance in his preferred central midfield position while Hector Bellerin and Aaron Ramsey were on the sidelines.

However, once Bellerin and Ramsey returned to full fitness, Oxlade-Chamberlain missed out and was forced to play in a left wing-back position during the FA Cup final win over Chelsea.

If the former Southampton youngster isn’t promised a more prominent role under Wenger next season then he may snub Arsenal’s offer of a new deal and Liverpool could be the beneficiaries if Klopp gives him assurances he’ll play in his preferred central role.

The German coach needs to further strengthen his squad ahead of Liverpool’s return to the Champions League and Oxlade-Chamberlain would provide stiff competition for the likes of Jordan Henderson and Gini Wijnaldum in midfield if he was to move to Anfield.