Chelsea have announced on Chelseafc.com the signing of Alvaro Morata with the striker arriving from Real Madrid on a five-year contract.

Managers are now pressing ahead with their plans for the summer transfer window so we’ll bring you all the latest news and gossip from around the globe. Today, Alvaro Morata has joined Chelsea…

Chelsea have announced on Chelseafc.com the signing of Alvaro Morata with the striker arriving from Real Madrid on a five-year contract.

Antonio Conte has been desperately searching for a new striker after informing Diego Costa he has no future at the club and Morata emerged as a target after the Blues missed out on Romelu Lukaku to Manchester United.

The Spanish international was looking to leave Madrid after failing to hold down a regular first team place having re-joined the club last summer following two successful years with Juventus.

Morata started just 16 La Liga games last season but still managed to score an impressive 20 goals so it’s no wonder Chelsea came knocking and the club confirmed earlier this week that they’d agreed a fee with Madrid for the striker’s signature.

The 24-year arrived in London on Thursday to undergo his medical and agree personal terms and those formalities have now been concluded as Morata has been unveiled as a Chelsea player tonight.

The striker has signed a five-year contract and while the precise details of the deal haven’t been disclosed, the Express claim Chelsea will pay an initial £58m with the fee rising to £70m including add-ons.

After completing his move, Morata told the clubs website:

‘I am so happy to be here. It’s an incredible emotion to be part of this big club. I am looking to work hard, score as many goals as I can and to win as many trophies as possible.’

Morata is now set to link-up with his new team-mates on Chelsea’s pre-season tour of Asia and I think he’s going to prove to be an excellent signing for the defending Premier League champions.

The Spaniard has all the attributes needed to be a huge success here in England and has the potential to become one of the best strikers in Europe now he’ll be given the chance to play week-in, week-out with a top team. 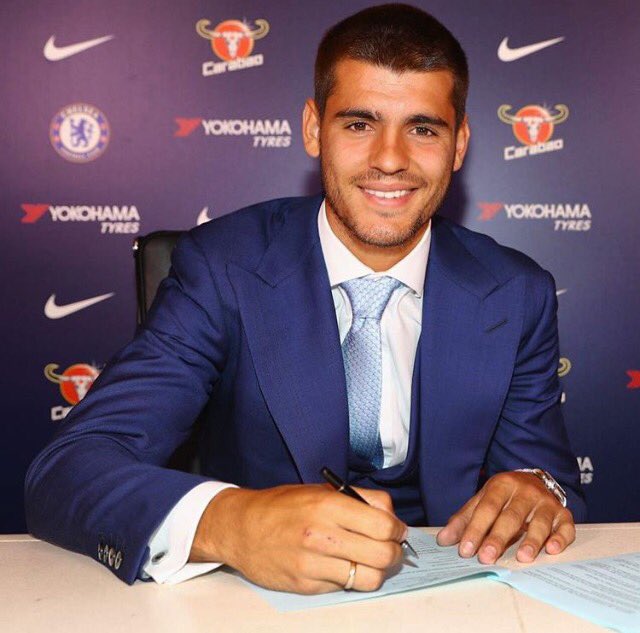