Michy Batshuayi sent a timely reminder to Antonio Conte after scoring a superb double during a 3-0 victory over Arsenal in Beijing this afternoon. 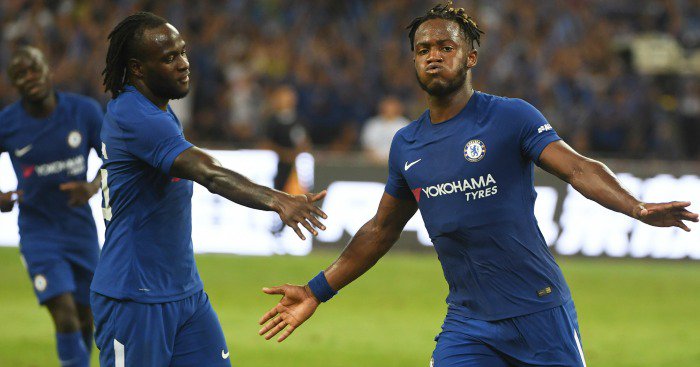 Michy Batshuayi sent a timely reminder to Antonio Conte after scoring a superb double during a 3-0 victory over Arsenal in Beijing this afternoon.

Conte named his strongest available side and Arsenal struggled to contain the Premier League champions as the Blues dominated the opening exchanges at the Bird’s Nest Stadium.

Eventually the pressure told as Willian opened the scoring in the 40th minute with a well-placed effort that found the back of David Ospina’s net via the inside of the post.

Chelsea doubled their lead just two minutes later as Batshuayi curled home a lovely left-footed shot from the edge of the area to put the Blues in control at the break.

Both sides made changes at half time but it made little difference as Chelsea extended their lead in the 49th minute and it was Batshuayi again as he fired home from outside the area to make it 3-0.

There was no way back for the Gunners so Arsene Wenger’s side crashed to their first pre-season defeat while it was the perfect preparation for Chelsea’s clash with Bayern Munich next Tuesday.