Transfer news: Today, Chelsea have made their move for a Brazilian striker while a Premier League attacker wants to seal a £35m move to Arsenal.

Managers are now pressing ahead with their plans for the summer transfer window so we’ll bring you all the latest news and gossip from around the globe. Today, Chelsea are linked with a Brazilian striker and Riyad Mahrez wants to join Arsenal….

Chelsea in for Richarlison 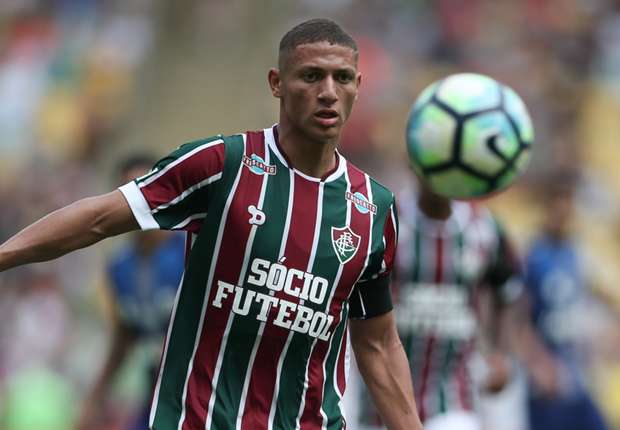 First up and the Daily Mail are reporting that Chelsea have made a late move to hijack Ajax’s proposed £12m swoop for Fluminense forward Richarlison.

Antonio Conte has enjoyed a productive summer so far having snapped-up Willy Caballero, Antonio Rudiger, Tiemoue Bakayoko and Alvaro Morata but the Blues boss is still looking to further strengthen his squad.

It looks like the Italian coach is hoping to bring in another attacker as the Daily Mail claim Chelsea are trying to sign Richarlison from under the noses of Ajax.

The newspaper says the Dutch giants have a £12m deal in place to sign the 20-year-old forward and have even agreed terms over a five-year contract but Chelsea have now stepped-in to derail the move.

Richarlison only joined Fluminense last summer but has scored 11 goals in his 29 appearances so far this season and he’s been tipped to become a full international with Brazil having already represented the U20 side.

The youngster has attracted interest from several top European clubs but it looks as though Chelsea are trying to lure him to Stamford Bridge this summer.

Richarlison is predominantly considered to be a central striker but he’s also capable of playing on either wing so he’d provide Conte with another useful option in the final third if he does end up joining Chelsea.

Next and The Sun are reporting that Riyad Mahrez is ready to snub a potential move to AS Roma in favour of holding out for a £35m switch to Arsenal this summer.

Arsene Wenger is in the market for further reinforcements having only signed Sead Kolasinac and Alexandre Lacazette so far this summer and the Gunners boss is seemingly keen to bring in another attacker.

Arsenal have been strongly linked with a move for Thomas Lemar but with Monaco playing hardball over the French international, Mahrez has been touted as a potential back-up option for the north Londoners.

The Algerian international turned down a move to the Emirates last summer in favour of staying with Leicester but the attacker is now set to leave the King Power after handing in a transfer request.

The Sun claims Roma are ready to table an improved offer after seeing their opening bid rejected by the Foxes but it doesn’t look like it will do any good because Mahrez has his eyes firmly set on a move to Arsenal.

It’s suggested in the newspaper that the 26-year-old is prepared to reject Roma and hold out for a move to the Emirates later in the window with Leicester ready to cash-in if £35m is put on the table.

Mahrez would be a superb signing for the Gunners if they can get him back to the kind of form that won him the PFA Player of the Year Award in 2015/16, but we’ll have to wait and see if Wenger formalises his interest over the coming weeks.