The draw for the third round of the Carabao Cup was conducted in the early hours of this morning and the Premier League big-boys have all avoided each other.

Chelsea have been drawn to face Nottingham Forest at Stamford Bridge after the Championship side beat Newcastle 3-2 at St James’ Park last night.

Arsenal have also been handed a home draw as Arsene Wenger’s side will take on League One Doncaster Rovers after they beat Hull City in the last round.

Burton Albion have been rewarded for beating Cardiff City on Tuesday night after being handed a bumper trip to Old Trafford to take on Manchester United in the third round.

Liverpool face an all Premier League tie as they’ve been drawn to face Leicester City at the Hawthorns while Manchester City face a trip to West Bromwich Albaion.

Tottenham don’t know their opposition yet as they will entertain the winners of Barnsley or Derby County while Everton will take on Sunderland at Goodison Park.

The third round ties will be played the week commencing September 18th.

Here is a full round-up of the third round draw: 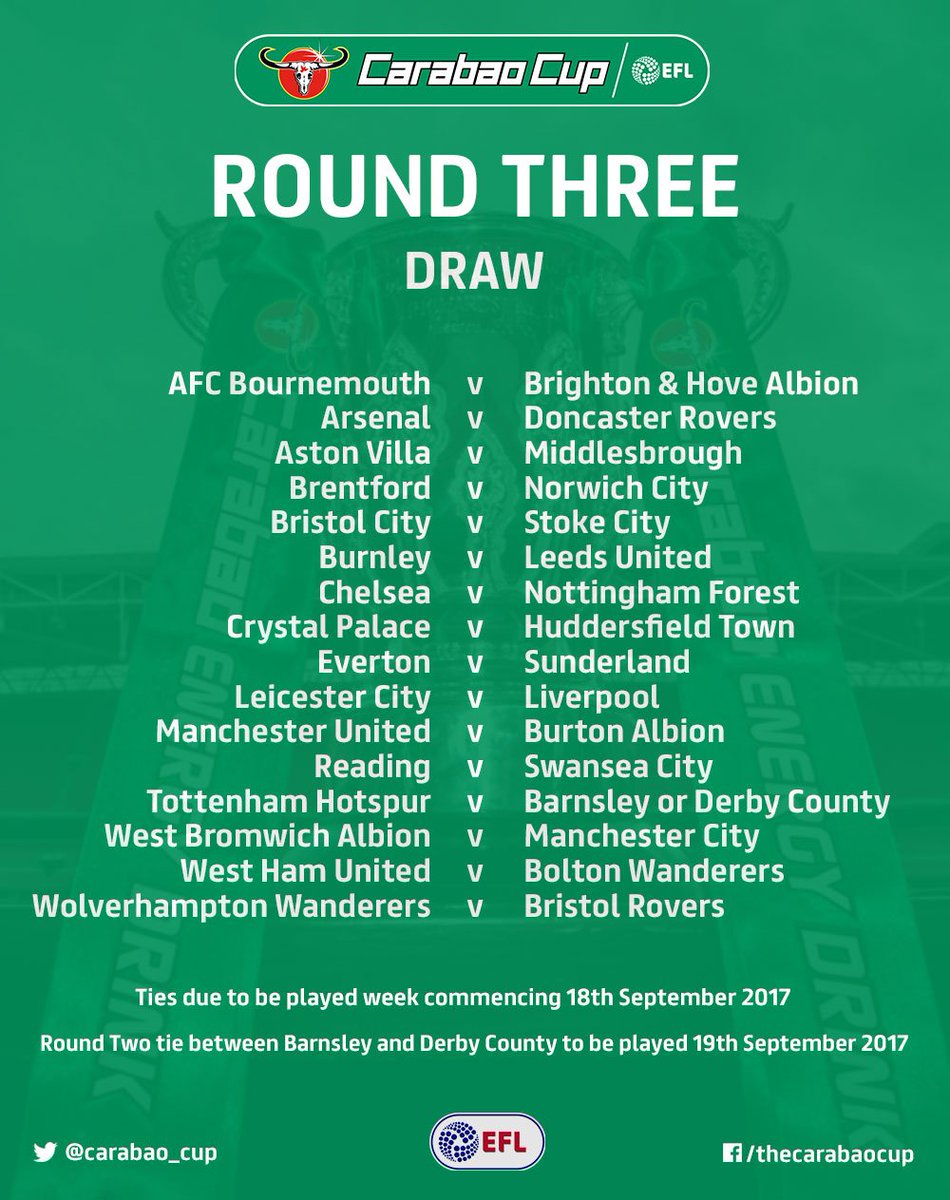