The five Premier League representatives discovered their fate as the draw for the group stages of the Champions League was conducted this evening.

Chelsea stormed their way to the title last season and the champions have been handed a tough draw after being paired in Group C along with Atletico Madrid, AS Roma and Qarabag.

Manchester United finished sixth in the league last season but they secured their place in the group stages of the Champions League after winning the Europa League back in May.

No doubt Jose Mourinho will be delighted with the draw as United have been drawn in Group A alongside Benfica, Basel CSKA Moscow.

Liverpool finished fourth in the Premier League last season so Jurgen Klopp’s side had to navigate a play-off and they booked their place in the hat thanks to a 6-3 aggregate win over Hoffenheim.

The Merseysiders have now been rewarded with a favourable group after being drawn in Group E along with Spartak Moscow, Sevilla and Maribor.

Manchester City booked their place in the group stages after finishing third last season and Pep Guardiola’s side have been drawn in Group F along with Shakhtar Donetsk, Napoli and Feyenoord.

Tottenham haven’t been so fortunate as the north Londoners have been drawn in the ‘group of death’ alongside Real Madrid, Borussia Dortmund and APOEL in Group H.

United and Liverpool should breeze in to the knockout stages, City and Chelsea should be confident too but Spurs have a big task ahead of them to make it through their group. 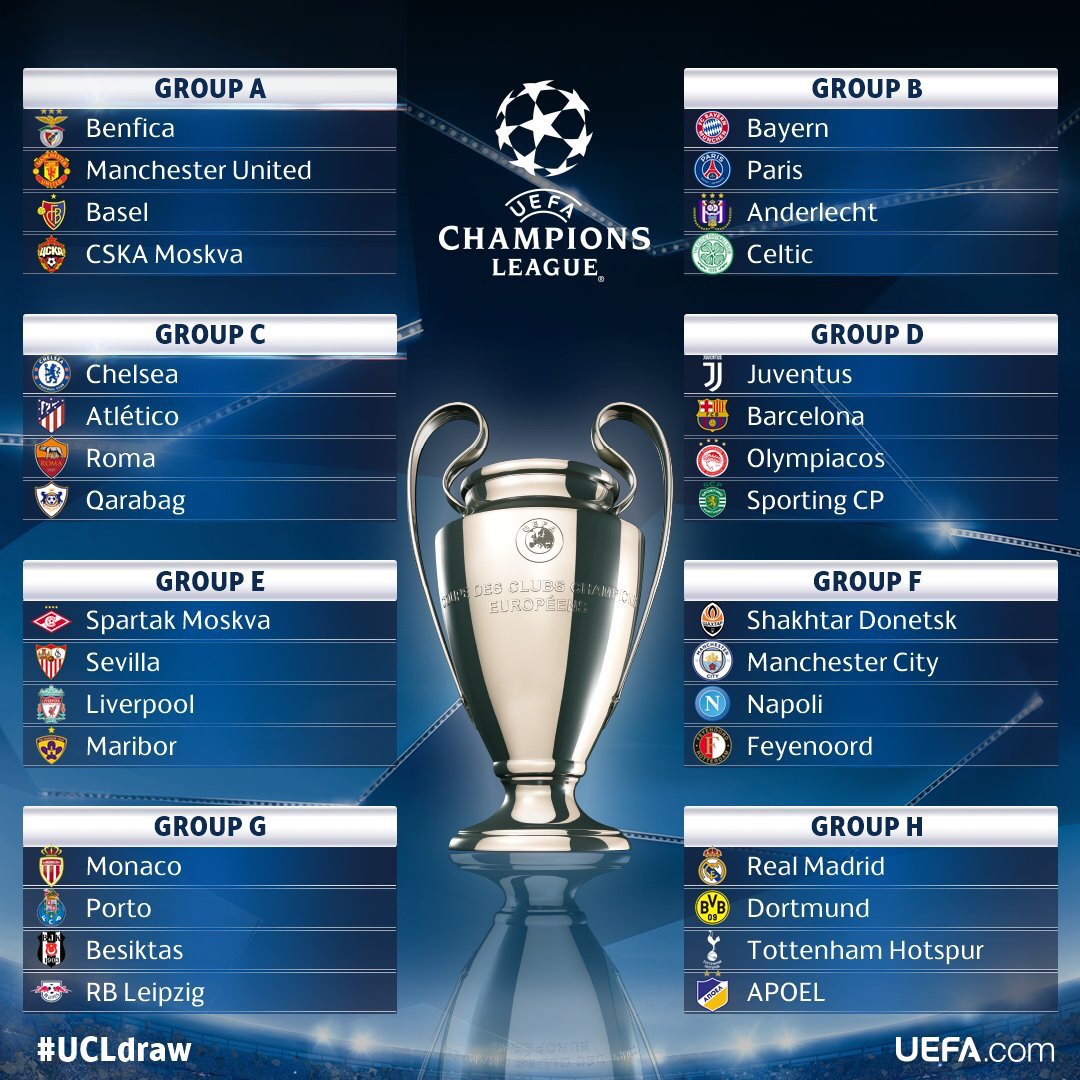