Chelsea take on Everton at Stamford Bridge on Sunday. Here is a preview with team news, line-ups, betting tips and predicted score

Chelsea will look to build on their 2-1 victory over Tottenham last weekend when they take on Everton at Stamford Bridge on Sunday afternoon.

The Blues slumped to a shock defeat at home to Burnley on the opening weekend but they bounced back with a superb win over Spurs at Wembley so they have taken three points from their first two games.

Antonio Conte will be keen to get their first home points on the board as Chelsea haven’t lost consecutive league games at the Bridge in six years so he won’t want to be the man to end that run.

Everton face their third away game in six days as they drew 1-1 at Manchester City last Monday night before coming away with the same scoreline at Hajduk Split in the Europa League on Thursday night.

Chelsea welcome Cesc Fabregas back from suspension after he served a one-game ban but defender Gary Cahill is still suspended following his red card against Burnley.

Eden Hazard stepped-up his recovery from a broken foot by playing for the under-23’s last night but the Belgian international isn’t ready to return for the first team just yet.

Summer signing Tiemoue Bakayoko could be given a breather after being rushed back from a knee injury to play against Tottenham last weekend.

Everton will hand a late test to midfielder Idrissa Gueye after he missed the midweek game with a tight hamstring while Sandro Ramirez is also a doubt with a heel problem.

Davy Klaassen is certain to miss out due to a foot injury while Morgan Schneiderlin is suspended so they’ll be on the sidelines along with James McCarthy, Ramiro Funes Mori, Yannick Bolasie, Seamus Coleman and Ross Barkley. 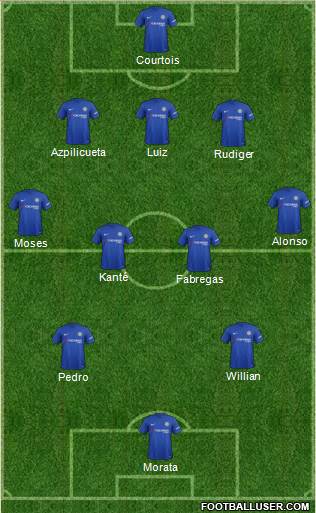 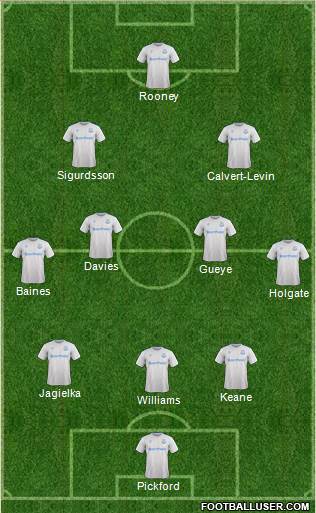 Chelsea 2-1 Everton: Chelsea won both games against Everton last season with a combined 8-0 scoreline but I expect this might be a little closer tomorrow. However, three away trips inside six days might take it’s toll on the Toffees so I think Chelsea will edge this one.

Chelsea are the 2/5 favourites to win this game with the bookmakers but we can get new customers enhanced odds of 20/1 on the Blues – just click here to take advantage of these incredible odds [winning paid in free bets, max stake £1, T&C’s apply].