Eden Hazard scored twice as Chelsea thrashed West Bromwich Albion 4-0 and piled the pressure on Tony Pulis at the Hawthorns this afternoon. 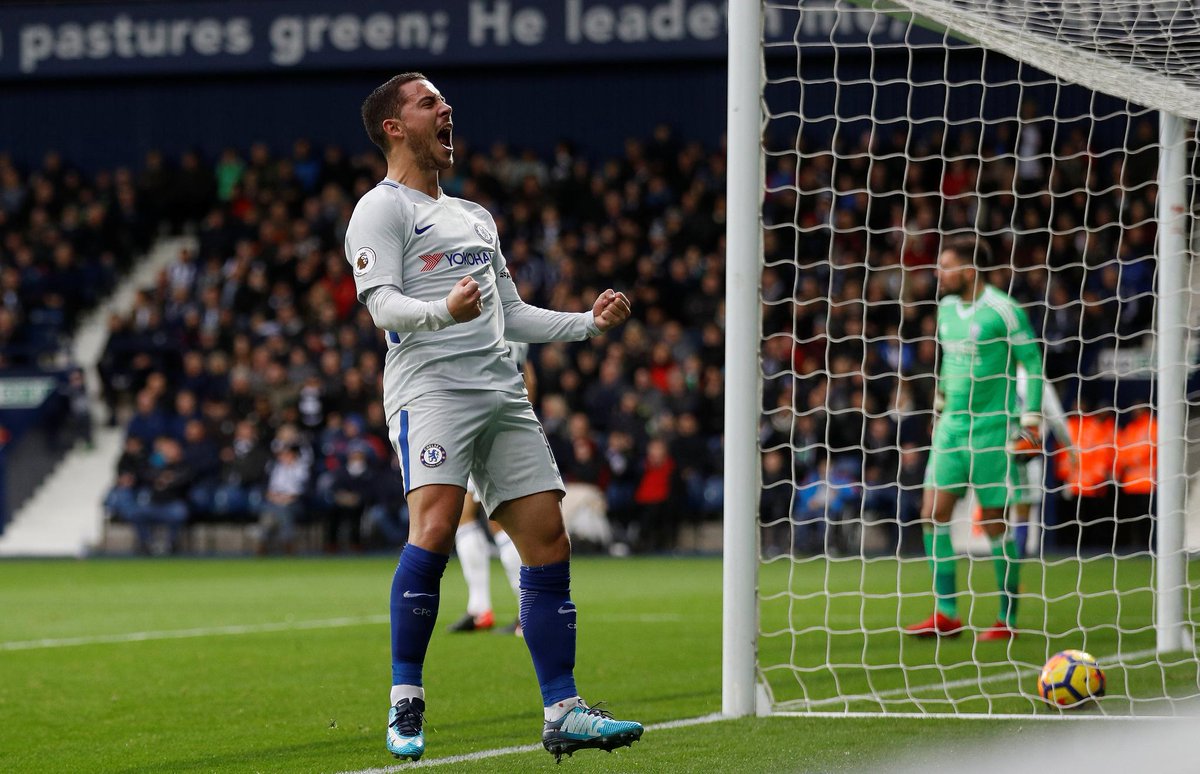 Eden Hazard scored twice as Chelsea thrashed West Bromwich Albion 4-0 and piled the pressure on Tony Pulis at the Hawthorns this afternoon.

The Blues started well and opened the scoring in the 17th minute when Alvaro Morata was on hand to slam home after Hazard’s initial shot was parried by Ben Foster.

It was 2-0 just minutes later as Morata turned provider this time with the Spaniard superb chipped pass setting Hazard clear and he made no mistake to double Chelsea’s lead in the 23rd minute.

The contest was over before half-time as Marcos Alonso found the back of the net from a tight angle following a Cesc Fabregas free-kick in the 38th minute so the Baggies had it all to do after the break.

There was no way back for Pulis’s men and Chelsea wrapped up an impressive win with a fourth as Hazard collected a pass from Fabregas, turned inside and fired the ball in to the bottom corner midway through the second period.

The victory sees Chelsea move up to second in the Premier League table and two points clear of Manchester United ahead of their clash with Newcastle this evening.