Manchester United closed the gap on leaders Manchester City after securing a 4-2 victory over Watford at Vicarage Road this evening. 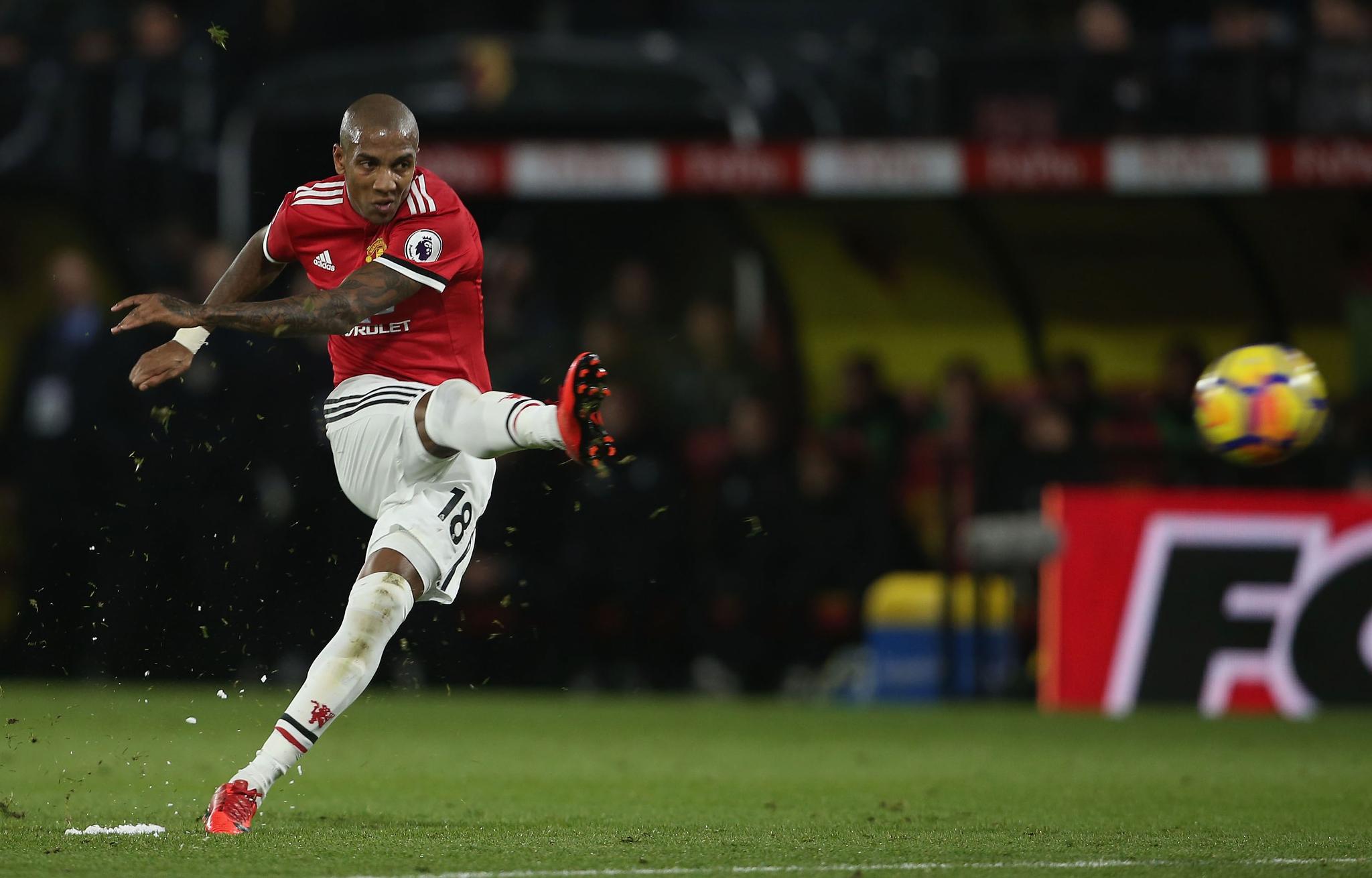 Manchester United closed the gap on leaders Manchester City after securing a 4-2 victory over Watford at Vicarage Road this evening.

United opened the scoring in the 19th minute and it was an unlikely scorer as converted full-back Ashley Young lashed home a fierce low drive from the edge of the area.

The 32-year-old then doubled the visitors advantage and his second goal was even better than the first as Young curled home a stunning free-kick to make it 2-0 in the 25th minute.

Jose Mourinho’s side took complete control of the game as Anthony Martial fired home from 20 yards to make it 3-0 before half time.

Watford pulled one back with 15 minutes to go when Troy Deeney scored from the penalty spot after Roberto Pereyra was fouled by Marcos Rojo in the area.

The comeback looked on as Doucoure made it 2-3 in the 84th minute, however, Jesse Lingard scored a superb effort just two minutes later to restore United’s two-goal lead.

The visitors held on to secure a 4-2 victory that sees them close the gap on Man City to five points ahead of their clash with Southampton tomorrow night.