Chelsea take on West Ham at the London Stadium on Saturday afternoon. Here is our preview including team news, line-up and prediction

Chelsea will look to keep the pressure on the top two in the Premier League with a win when they take on West Ham at the London Stadium on Saturday.

The Blues warmed up for the game with a hard fought 1-1 draw with Atletico Madrid in midweek that saw them progress to the knockout stages of the Champions League as runners-up in Group C behind Roma.

However, the focus must quickly turn to domestic matters and Chelsea can move level on points with second-placed Manchester United with a win ahead of the Manchester derby on Sunday.

Antonio Conte’s men will be up against a West Ham side that sit 19th in the division having endured a nightmare start to the season that led to Slavan Bilic losing his job last month.

The Hammers have only picked up one point since David Moyes took charge but there were signs of improvement as they came agonisingly close to snatching a draw at Man City before David Silva scored a late winner.

Chelsea will be without Danny Drinkwater due to illness so Tiemoue Bakayoko could keep his place in midfield despite some questionable form of late.

David Luiz is also still out as the Brazilian international is nursing a knee injury so Andreas Christensen should keep his place in the back three.

Marcos Alonso is expected to be recalled after being rested in midweek so Davide Zappacosta is the man most likely to make way.

West Ham are set to be without Winston Reid, Javier Hernandez and Andy Carroll due to injury but Michael Antonio should be fit to start in attack.

Joe Hart was axed at City last time out and Adrian is expected to keep his place between the sticks tomorrow. 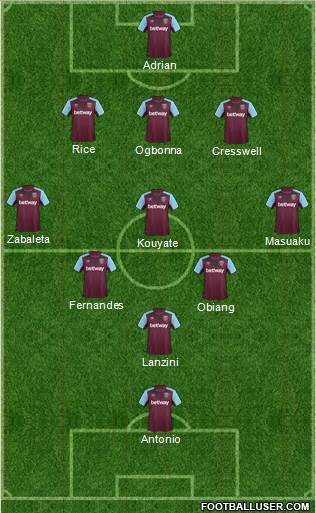 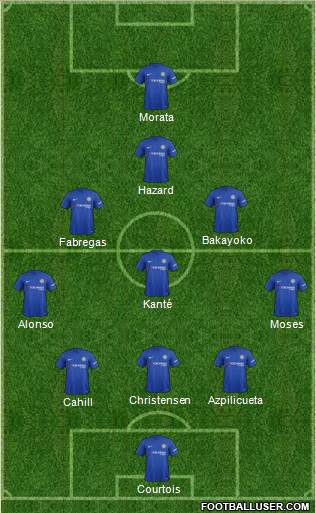 West Ham 1-2 Chelsea: The Blues have lost just two of their last 22 league meetings with West Ham but both of those defeats happened last season. The Hammers were far more organised last week and if they can reproduce that display tomorrow they’ll make a game of it. However, Chelsea seem to be hitting some form at the right time and I can see them edging this one.

Chelsea are best priced at 1/2 to win this game with the bookmakers but we can get new customers enhanced odds of 25/1 on the Blues – just click here to take advantage of these incredible odds [winning paid in free bets, max stake £1, T&C’s apply].