Arsenal have wrapped-up the signing of Konstantinos Mavropanos with the teenage defender arriving from PAS Gianniana in a £1.8m deal

The January transfer window is now open so clubs are working hard trying to strengthen their squads for the second half of the season and put deals in place for the summer. Today, Arsenal have signed Konstantinos Mavropanos…. 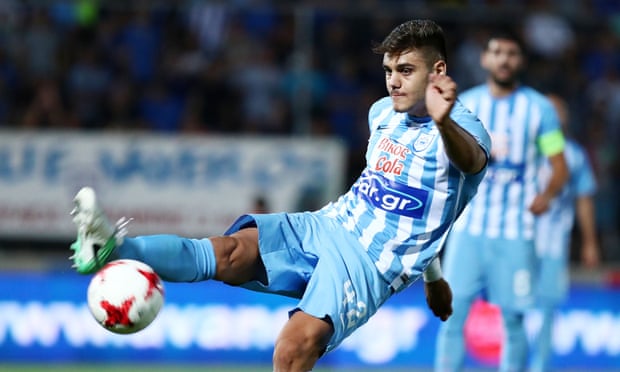 Arsenal have wrapped-up the signing of Konstantinos Mavropanos with the teenage defender arriving from PAS Giannina in a £1.8m deal, according to Goal.com.

Mavropanos has developed in to one of the most exciting young talents in Greek football since breaking in to the first team set-up at Giannina in November 2016.

The 20-year-old has racked up 20 appearances in all competitions and has been tipped to become a full international with Greece having represented his country at Under-21 level.

Mavropanos has emerged as an Arsenal target in recent weeks with the Guardian claiming he travelled to London in order to complete a move to the Emirates this week.

It looks like the deal has now been swiftly concluded as Goal claim Arsenal have now wrapped-up the signing of Mavropanos for a fee in the region of £1.8m after beating Olympiakos to his signature.

The centre-back is not expected to challenge for a first team spot any time soon and will probably be loaned to a Bundesliga club so he’s considered as a player for the future.

Goal say that Arsenal’s new chief scout Sven Mislintat has played a key role in signing Mavropanos as he has close connections to the players agent and has persuaded the club to take a punt on him.

We’ll have to await official confirmation but it looks like Arsenal have completed their first signing of the January transfer window and Mavropanos could be the first of many new youngsters to come to the club as Mislintat starts to revamp our youth prospects.