Arsenal take on Bournemouth at the Vitality Stadium on Sunday. Here is a preview with the latest team news, line-ups and prediction Arsenal desperately need to get back to winning ways when we take on Bournemouth at Dean Court on Sunday afternoon.

We’ve drawn our last three Premier League games and sit five points off the top four so it’s vital we win tomorrow or we risk being cut adrift in the race for Champions League qualification. It’s been a mixed last seven days as we were dumped out of the FA Cup with a disappointing defeat at Nottingham Forest but came away with a very useful 0-0 draw in the first leg of our Carabao Cup semi final at Chelsea in midweek.

Arsene Wenger will be hoping to build on that display with another positive performance tomorrow and we should be confident of beating a Bournemouth side that sit 16th – one point above the drop zone.

Arsenal are the 8/11 favourites to win this game with the bookmakers but make sure you sign up for a William Hill Promotional Code 2018 before placing any bets as you’ll be able to get better odds. Both teams to score at 4/7 looks like a banker bet while Arsenal to win at 15/2 is also tempting. However, those wanting even better odds can add Alexis Sanchez as first goalscorer and we get odds of around 20/1.

Jack Wilshere will face a late test on an ankle injury that he picked up during the League Cup draw with Chelsea in midweek but Wenger might not risk the midfielder given his history record.

Plus, Aaron Ramsey is back in contention after recovering from a hamstring injury that’s hampered him for the last month so the Welshman could be recalled alongside Granit Xhaka in the middle of the park.

However, we’ll still be without Olivier Giroud, Laurent Koscielny, Nacho Monreal and Sead Kolasinac as they all remain out with injuries. 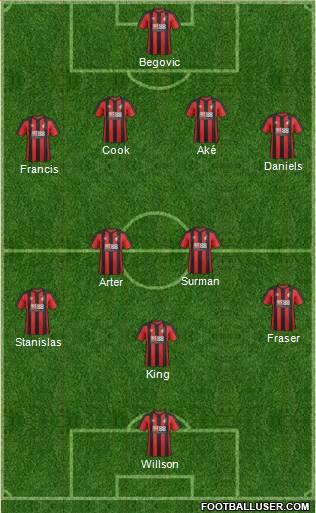 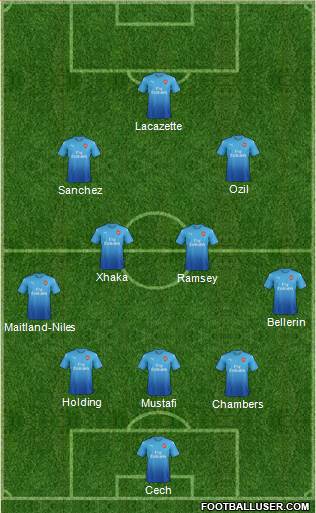 Bournemouth 1-2 Arsenal: We’re unbeaten in our last six games in all competitions against Bournemouth and came from 3-0 down to earn a point in this fixture last season. If we defend like we did at Chelsea in midweek we should have a great chance of winning this game as long as Sanchez and Ozil start. Without them we have a real lack of creativity in the side. I’m going with a 2-1 win.