Manchester United take on Stoke City at Old Trafford this evening. Here is a preview with the latest team news, line-ups and prediction

Manchester United will be hoping to cut Manchester City’s lead at the top of the table with a win when they take on Stoke at Old Trafford this evening.

The Reds currently sit second on goal difference from Liverpool and Chelsea so they can put some daylight between themselves and their rivals with victory tonight.

However, City’s defeat at Anfield yesterday means United can also cut their lead at the top to just 12 points so this is an opportunity Jose Mourinho knows he can not waste.

United will face a Stoke side who confirmed Paul Lambert as their new manager today with the Scot set to replace Mark Hughes following his dismissal last week.

Lambert won’t officially take charge until tomorrow so he’ll have to watch from the stands as stand-in manager Eddie Niedzwiecki looks for a shock victory that would see the Potters climb out of the bottom three.

United will be without Zlatan Ibrahimovic as the striker is still working his way back from a knee problem while Eric Bailly is also still on the sidelines.

Ashley Young serves the final game of his three-match suspension but Antonio Valencia is available again after recovering from a hamstring injury.

Stoke should have Erik Pieters available again following a hamstring problem while Bruno Martins Indi could also return to the squad after recovering from a groin complaint.

The game could come too soon for Ryan Shawcross after he only just returned to training from a calf problem but new signing Moritz Bauer could make the squad. 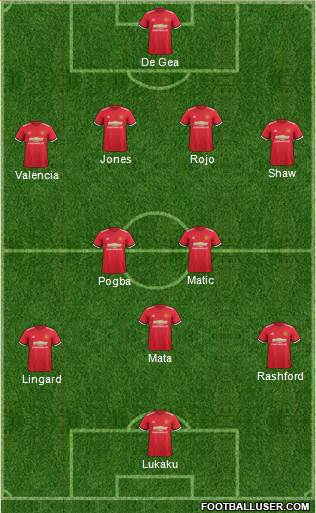 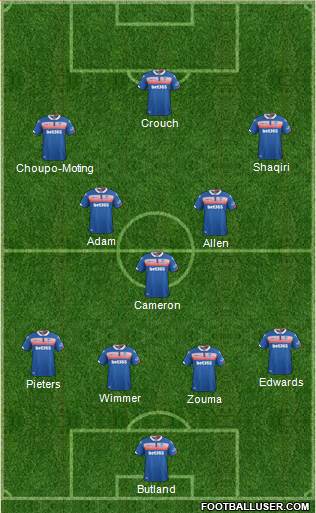 Man Utd 2-0 Stoke: United have taken 25 from a possible 27 points at home to Stoke and haven’t lost at Old Trafford to the Potters in 17 games in all competitions. This is a great opportunity for United to close the gap on City and I think they’ll ease to a routine 2-0 win.

United are the 1/5 favourites to win this game with the bookmakers but we can get new customers enhanced odds of 25/1 on United – just click here to take advantage of these incredible odds [winning paid in free bets, max stake £1, T&C’s apply].