Arsenal attacker Alexis Sanchez has arrived arrived at Carrington to undergo his medical ahead of his move to Manchester United.

The January transfer window is in full swing so clubs are working hard trying to strengthen their squads for the second half of the season and put deals in place for the summer. Today, Alexis Sanchez has arrived for his medical… 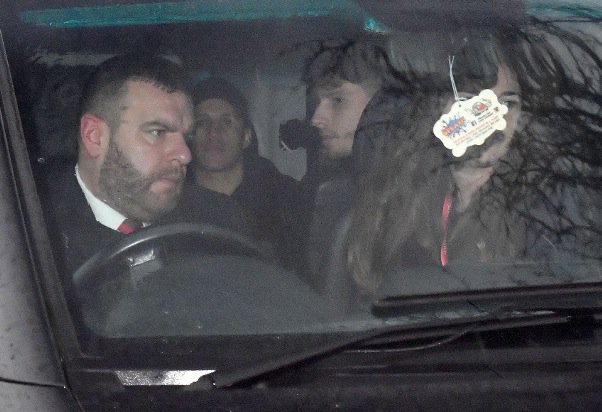 Arsenal attacker Alexis Sanchez has arrived arrived at Carrington to undergo his medical ahead of his move to Manchester United.

Sanchez is set to leave Arsenal after refusing to sign a new contract and the Gunners have decided to cash-in now rather than lose him for nothing in the summer.

The 28-year-old has been patiently waiting to complete his switch to Old Trafford while Arsenal thrashed out terms with Henrikh Mkhitaryan – who’s moving to north London in the opposite direction.

Reports emerged on Friday night that there had been a breakthrough in negotiations with Arsenal and Mkhitaryan’s camp and Sanchez said his goodbyes to team mates at the team hotel.

Sanchez posted a video on social media earlier today showing him boarding a private jet which was bound for Manchester as he prepared to finalise his switch to United.

Alexis Sanchez's move to Manchester United edges even closer, as he posts a video of himself boarding a private jet.

The Mirror have now published a photo [above] of Sanchez arriving at United’s Carrington training base where he’s due to undergo his medical and complete his move to Old Trafford.

Mkhitaryan is already in London where he’s due to have his medical ahead of his move to Arsenal so this swap deal could be wrapped-up by the end of the day.

However, there are rumours that the official announcements will have to wait until Monday as the two clubs need to ratify the players’ work permits so we might need to wait a little longer before the saga if over.