Ramsey scored a hat-trick while Mkhitaryan and Aubameyang were also involved as Arsenal thrashed Everton 5-1 at the Emirates Stadium this evening. 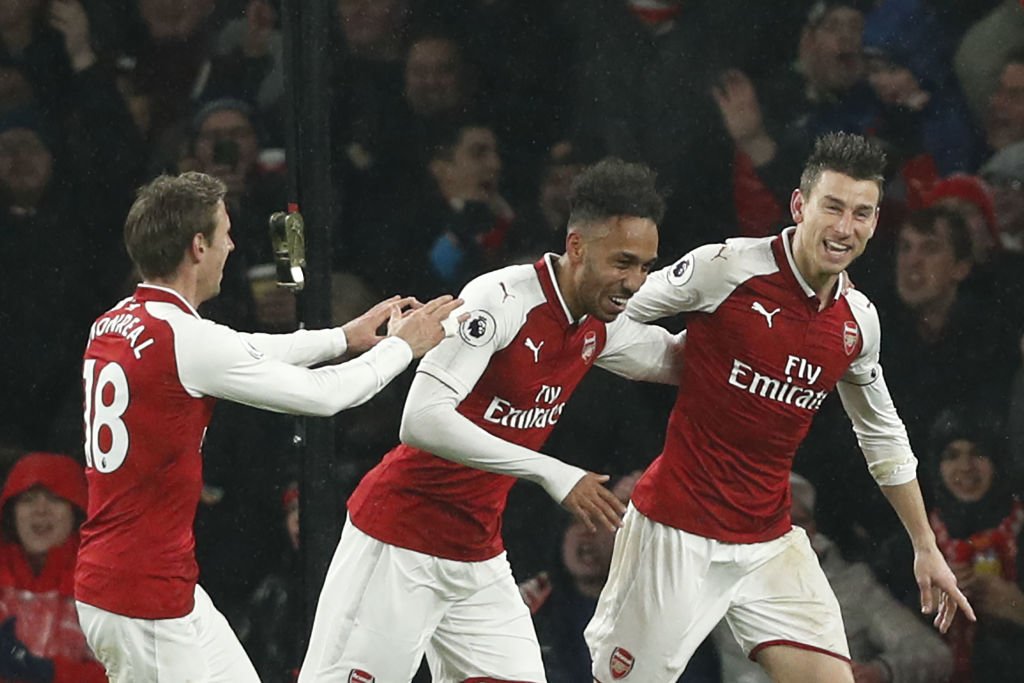 Aaron Ramsey scored a hat-trick while Henrikh Mkhitaryan and Pierre-Emerick Aubameyang were also involved as Arsenal thrashed Everton 5-1 at the Emirates Stadium this evening.

We came flying out the blocks and opened the scoring in 6th minute as Ramsey turned home a Henrikh Mkhitaryan cross from close range following a great move.

It was 2-0 in the 19th minute as Laurent Koscielny headed home at the far post after Shkodran Mustafi had flicked on a Mesut Ozil corner.

The goals kept flowing and it was 3-0 just minutes later when Ramsey’s long-range effort deflected off Mangala and flew past a wrong-footed Pickford.

A perfect opening forty-five minutes was complete when Pierre-Emerick Aubameyang scored his first goal for the club with a superb dink over the keeper following a through-ball from Mkhitaryan. Replays showed he was offside but it still stood.

Everton were much-improved after the break and got a deserved goal when Calvert-Lewin headed home at the far post in the 64th minute.

However, we restored our four-goal advantage as Ramsey fired home his hat-trick from another Mikitaryan pass – his third assists of the game.

The win sees us move to within three points of Tottenham and five of fourth-placed Chelsea ahead of their trip to Watford on Monday night.