The January transfer window in now closed so it’s time to look at those deals that didn’t get over the line and those being lined-up for the summer. Today, Pinchi is linked with a move to England… 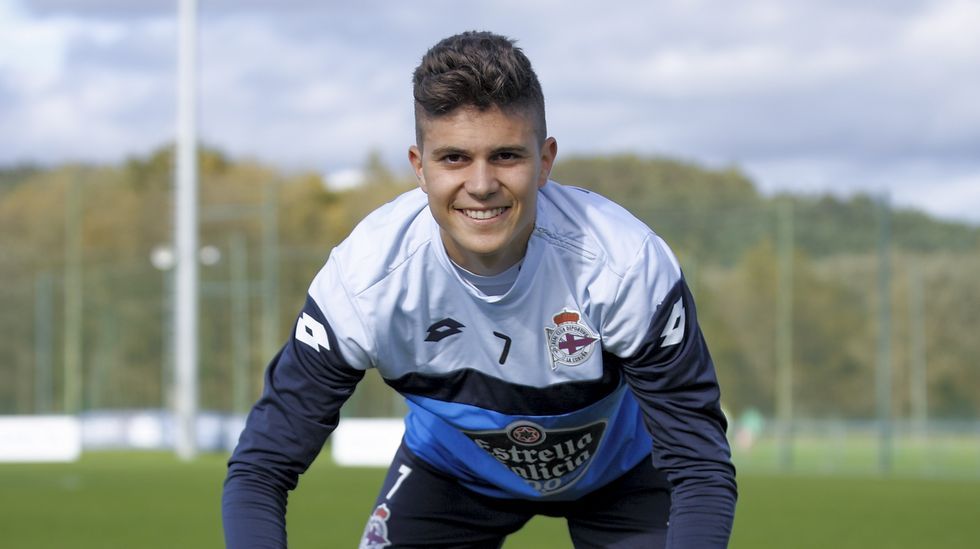 Liverpool are leading Manchester United in the race to sign out-of-favour Deportivo La Coruna forward Pinchi at the end of the season, according to a report in the Mirror.

Pinchi – full name Oscar Francisco Garcia Quintela – has been with Deportivo his entire career having joined the clubs youth system as a child and eventually broke in to the first team set-up in 2015.

The 22-year-old only played a handful of games and has struggled to force his way in to the first team squad on a consistent basis with his only outing a brief cameo in the Copa del Rey this season.

The forward has been forced to play most of his football with the B team – where he’s scored 6 goals in his 22 appearances this campaign taking his tally to 47 in 106 games overall.

The Mirror cites a report from The Sun that claims that Deportivo are ready to sell at the end of the season and it seems a surprise move to the Premier League could be on the cards.

The newspaper says Pinchi has caught the attention of both Liverpool and Manchester United with the Merseysiders believed to be leading their north-west rivals in the race for his signature.

Jurgen Klopp and Jose Mourinho are expected to add to their attacking options this summer and they’ve been linked with a number of high-profile names so it would be something of a surprise if they opted for a relatively unknown player such as Pinchi.

The youngster still has three years left to run on his contract but Depor are so keen to cash-in the report says they will only ask for a ‘small compensation fee’ in exchange for his signature.

Pinchi is predominantly a right-winger who can also play through the middle so his versatility could be useful but we’ll have to wait and see whether he ends up making a move to England this summer.