Arsenal take on Man City in the final of the Carabao Cup at Wembley this afternoon. Here is a preview with team news, line-ups and predicted score

Arsenal and Manchester City will contest the first piece of silverware this season as they face-off in the Carabao Cup final at Wembley this afternoon.

City are running away with the Premier League title but their hopes of winning the quadruple were dashed after they were dumped out of the FA Cup by Wigan last Monday night.

Pep Guardiola will no doubt be determined to bounce back with victory this afternoon as the Spaniard looks to get his hands on his first trophy since arriving in England.

However, City will face an Arsenal side who have a superb record at Wembley and the players are desperate to ease the pressure on Arsene Wenger’s shoulders by lifting the only domestic trophy the Frenchman is yet to win.

Arsenal warmed up for the game with a shock defeat to Ostersunds in the Europa League on Thursday night but they still progressed to the last-16 of the competition and it should be a much-changed line-up this afternoon.

Midfielder Aaron Ramsey is expected to be passed fit to start after returning to full training following two weeks on the sidelines with a groin injury.

Mesut Ozil is also fit after recovering from a sickness bug but Alexandre Lacazette remains on the sidelines following knee surgery while Henrikh Mkhitaryan is cup tied.

David Ospina will retain his place in goal while the likes of Nacho Monreal, Laurent Koscielny, Shkodran Mustafi and Pierre-Emerick Aubameyang are set for recalls.

City will be without Raheem Sterling as the winger has been ruled out with a hamstring injury but Gabriel Jesus could be in the squad after making a swift recovery from a knee injury.

Fabian Delph is suspended after being sent off at Wigan so Oleksandr Zinchenko or Danilo will start at left-back while Claudio Bravo will start in goal having featured in all domestic cup matches this season. 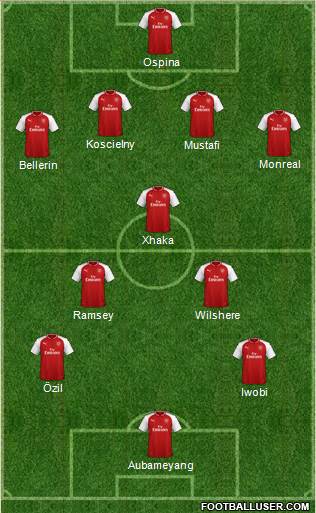 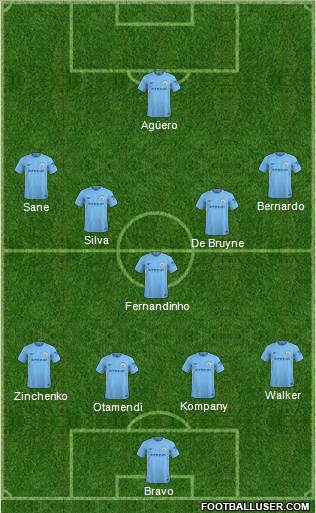 Arsenal 1-2 Man City: Arsenal have won their last nine games at Wembley including victories over City in the 2014 Community Shield and 2017 FA Cup semi final so they will be quietly confident. However, there is no doubt City are favourites and I think Guardiola’s side will prove to be too strong for the Gunners. It will probably be closer than many people think but I’m going for a 2-1 City win.

City are the 11/20 favourites to win this game with the bookmakers but we can get new customers enhanced odds of 25/1 on City and 50/1 on the Gunners – just click here to take advantage of these incredible odds [New customer offer, max stake £1, all winnings paid in free bets, valid for 7 days, only deposits with cards/PayPal count, Exchange and multiple bets excluded. T&C’s Apply.].