The January transfer window in closed so it’s time to look at those deals that didn’t get over the line and those being lined-up for the summer. Today, Franck Kessie has opened the door to a move to England…. 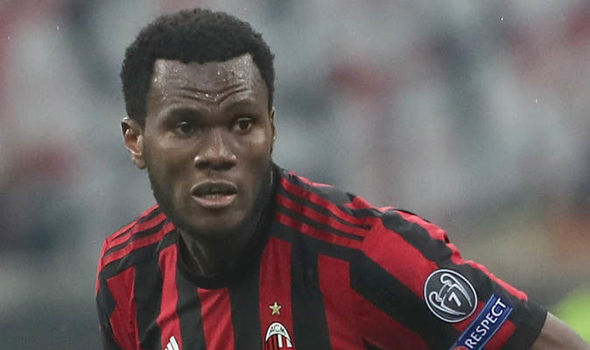 AC Milan midfielder Franck Kessie has opened the door to a move to England after confirming he would join Chelsea but ‘dreams’ of playing for Manchester United, according to Sky Sports News.

Kessie joined Milan on a two-year loan deal in 2017 with an obligation to make the move permanent in 2019 and he’s enjoyed a positive start to life at the San Siro.

The 21-year-old has provided 4 goals and 5 assists in his 38 appearances in all competitions so far to help the Italian giants reach the last-16 of the Europa League where they’ll meet Arsenal next month.

The Ivory Coast international has been likened to Yaya Toure for his style of play and has been linked with a whole host of top European clubs in the media in recent months.

However, it looks like Kessie is keen on moving to the Premier League and has identified Chelsea and Man Utd as the two clubs in particular that he would love to play for.

Kessie claims Chelsea are a ‘great’ club who he couldn’t turn down but the midfielder would favour a switch to Old Trafford as he ‘dreams’ of playing for United.

“I like the Premier League and in particular the Manchester United – a team I dream of playing in,”

“Chelsea is also a great club, no one would refuse it, but I dream of United.”

Jose Mourinho is expected to be in the market for a new central midfielder this summer as Michael Carrick is retiring and Marouane Fellaini is tipped to leave when his contract expires so the United boss could be tempted to go for Kessie.

If not, then a move to Chelsea could be a possibility as Antonio Conte is also expected to further strengthen his midfield options this summer as Tiemoue Bakayoko has failed to live up to expectations while Ross Barkley has continued to struggle with injuries.

However, any potential deal would be complicated due to the terms of Kessie’s initial loan so Milan would either need to cancel the agreement and let Atlanta cash-in or re-negotiate the structure of the deal to sign Kessie in 2018 before selling for a quick profit.