Manchester City take on Chelsea at the Etihad Stadium on Sunday afternoon. Here is our preview with the latest team news, line-ups, prediction and betting

Manchester City will look to take another huge step towards winning the Premier League title when they welcome Chelsea to the Etihad on Sunday afternoon.

Pep Guardiola’s side extended their lead over Manchester United to a whopping 16 points with a hugely impressive 3-0 victory over Arsenal at the Emirates last night.

With just 10 games remaining, the win over Arsenal means City need just five more victories to guarantee the title so Guardiola will be keen to move another step closer with a win over Chelsea.

However, the Blues head to Manchester in desperate need of points themselves as Antonio Conte’s men have fallen out of the top four following last weeks defeat to Man Utd.

Chelsea are now two points behind Tottenham but just six points separates second from fifth so the race for Champions League qualification is going to be tight this season.

City will continue to be without Fernandinho as the midfielder is nursing a hamstring injury that he picked up in the Carabao Cup final win last weekend.

Raheem Sterling is also still a doubt with a thigh injury that’s kept him out of the last two games while Kyle Walker could miss out after limping off against Arsenal last night.

Fabian Delph serves the final of his three-match suspension so Zinchenko could start at left-back with Danilo moving across to the right if Walker is ruled out.

Gabriel Jesus will be hoping to get more minutes under his belt after making a swift recovery from a knee injury but Benjamin Mendy remains on the sidelines.

Chelsea will hand Ross Barkley a late fitness test as he looks to recover from a hamstring injury but David Luiz will once again miss out due to a knock that’s kept him out in recent weeks.

Tiemoue Bakayoko remains a doubt but Cesc Fabregas is pushing for a recall alongside N’Golo Kante in midfield. 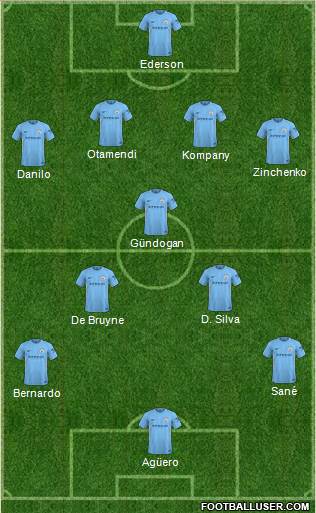 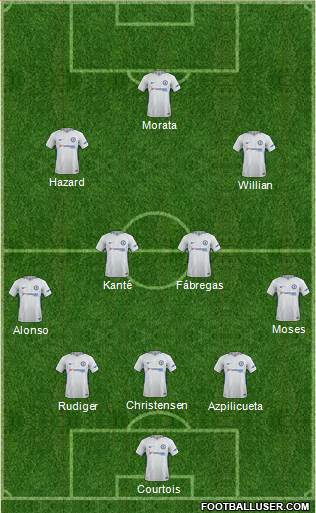 Man City 3-1 Chelsea: City are in formidable form and the goals they scored against Arsenal on Thursday night were all world class so this is a tough task for the visitors. Chelsea lost the reverse fixture at Stamford Bridge 1-0 and Conte is under pressure following their defeat at United last week so he desperately needs a result on Sunday. However, I can’t see past another City win. They’re just too good.

City are the 1.58 favourites to win the game with 888sport but we need to look for more value to make it worthwhile. For those optimistic Chelsea fans you can back your side at 5.75 but this should be another home win. I like the look of both teams to score at 1.71 and over 3.5 total goals at odds of 2.80 looks tempting. A full-time score of 3-1 City is available at 11.50 and if we add Sergio Aguero as first scorer we get odds of 18.00 – which looks like a great bet to me.