Paul Pogba has not taken part in training with the rest of the Manchester United today ahead of Tuesday night’s Champions League clash with Sevilla. 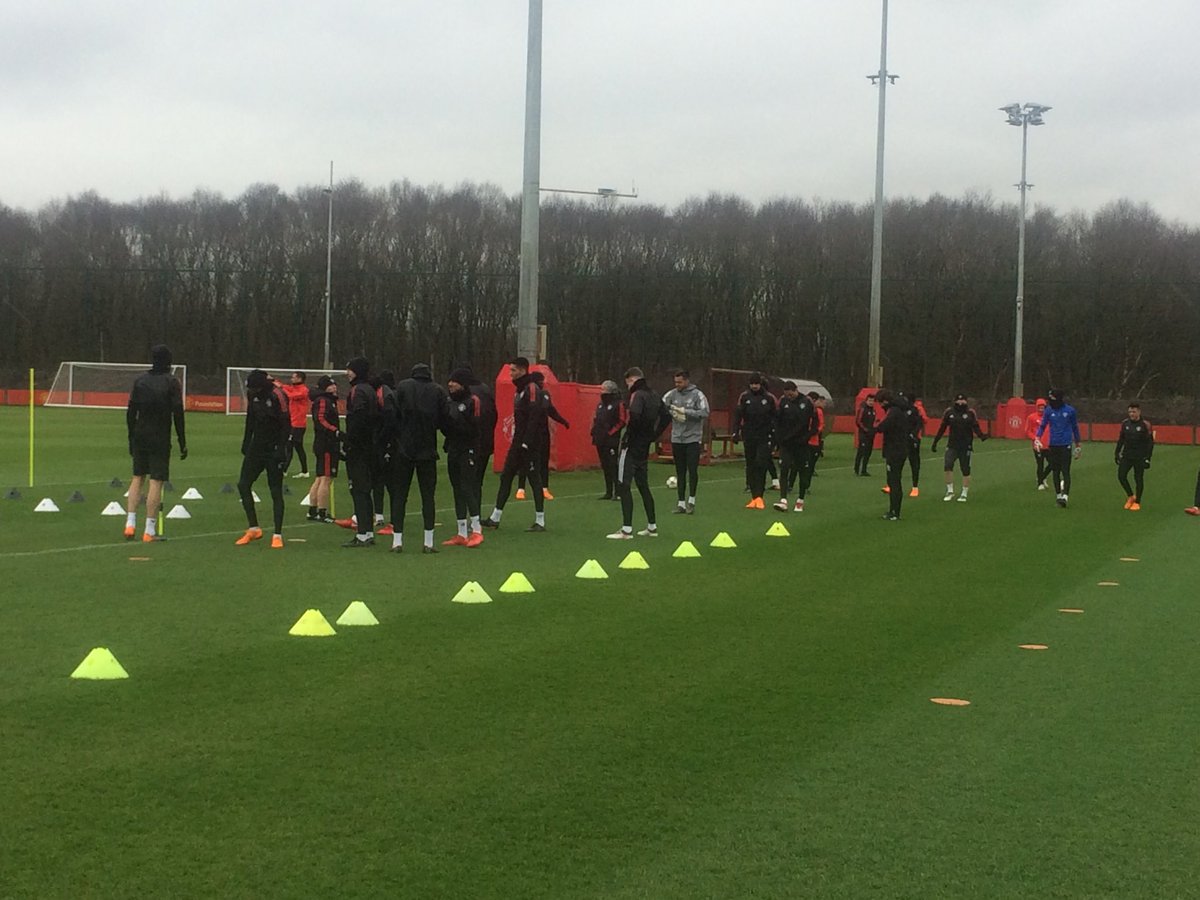 Paul Pogba has not taken part in training with the rest of the Manchester United today ahead of Tuesday night’s Champions League clash with Sevilla.

Pogba was forced to miss Saturday’s crucial 2-1 victory over Liverpool at Old Trafford after picking up a leg injury during the final stages of training on Friday afternoon.

The French international has received intensive treatment over the weekend to try and get fit for United’s Champions League last-16 second leg with Sevilla tomorrow night.

However, it looks like Pogba is losing his race to be fit as the midfielder wasn’t among the players who took part in training at United’s Carrington training base today.

There was also no sign of Phil Jones as he continues to nurse a knock that’s kept him out in recent games while Marcos Rojo was also still absent as he recovers from a knee injury.

Daley Blind was also missing from training today due to his ankle injury while Ander Herrera is still working his way back to fitness from a hamstring problem that’s hampered him in recent weeks.

However, there was better news on Anthony Martial as the French international was able to take part in training this morning after missing the last two games with a thigh injury.

Zlatan Ibrahimovic was also part of the squad at Carrington today as the Swedish striker continues to build his fitness following a serious knee ligament injury that he initially suffered last season.