The transfer window is closed but managers are working hard on their plans for the summer so we’ll bring you all the latest gossip from around the globe. Today, Man Utd are linked with Arturo Vidal… 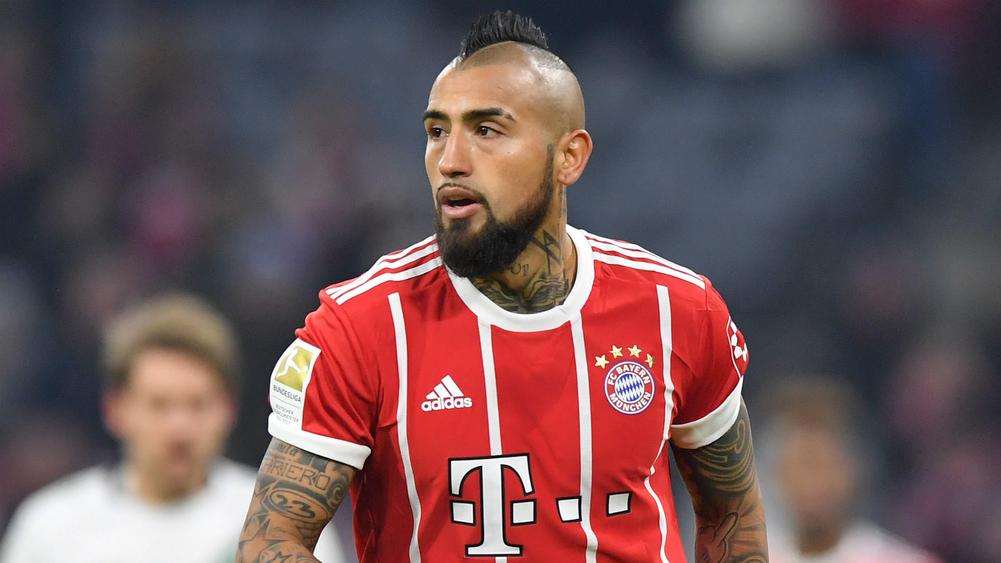 Jose Mourinho has identified Arturo Vidal as his first choice target to replace Michael Carrick and is confident of luring the Bayern Munich star to Manchester United, according to a report in the Express.

Carrick is set to end his illustrious career when his contract expires at the end of the season so United are on the look out for an experienced central midfielder to replace the 36-year-old.

A whole host of names have been linked with a move to Old Trafford in recent months but the Express claim that Mourinho has now made Vidal his prime target.

The Chilean international was on United’s radar in 2014 but opted to remain with Juventus before eventually joining Bayern 12 months later and it looks like the Red Devils are ready to renew their interest.

Vidal has continued to forge a reputation as one of the best midfielders in Europe during his time in Munich where he’s helped the Bavarian giants win consecutive Bundesliga titles.

However, the 30-year-old’s future at the Allianz Arena is in serious doubt as Vidal has just over a year left to run on his contract and is being tipped for a move after Bayern agreed a deal to sign Leon Goretzka.

The South American recently admitted he doesn’t know if he’ll still be at Bayern next season. He’s quoted as saying by the Express:

“I know Goretzka will arrive at the club but I don’t know where he will be playing.

“As for my future I don’t know if I will leave or sign a contract extension with the club. We’ve taken the right path anyway.”

Bayern could be open to the idea of cash-in while they can still command a decent transfer fee and it looks like Vidal will have the option of making a lucrative move to United.

The Manchester Evening News, via the Express, say Vidal is wary of leaving Bayern but United are confident they will be able lure the midfielder to Old Trafford this summer.

We’ll have to wait and see how things develop over the coming weeks but I think Vidal would be an excellent addition to the United squad if they could get a deal agreed for the Chilean star.