Arsenal, Liverpool and Tottenham are set for a summer transfer battle with Watford expected to cash-in on £40m-rated midfielder Abdoulaye Doucoure

The transfer window is closed but managers are working hard on their plans for the summer so we’ll bring you all the latest gossip from around the globe. Today, Watford are ready to cash-in on Abdoulaye Doucoure…. 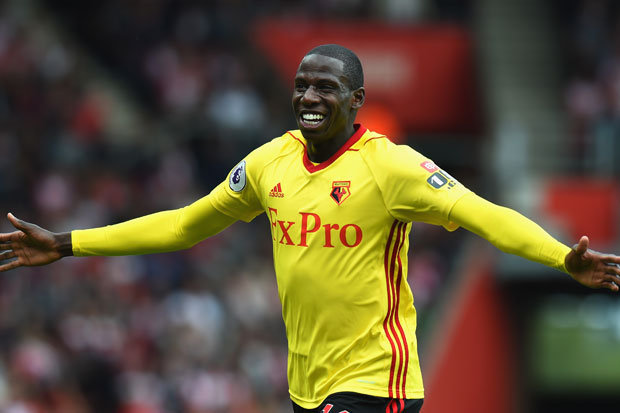 Arsenal, Liverpool and Tottenham are set for a summer transfer battle with Watford expected to cash-in on £40m-rated midfielder Abdoulaye Doucoure, according to the Mirror.

Doucoure has been a key figure for Watford since joining the club from Rennes for £6m in 2016 with the midfielder making 32 appearances in all competitions so far this campaign.

The 25-year-old’s impressive form in the middle of the park has caught the attention of clubs in the upper echelons of the Premier League with the Mirror claiming that Arsenal, Liverpool and Spurs have all expressed their interest.

Arsene Wenger is expected to be in the market for another midfielder this summer as Jack Wilshere’s future is in serious doubt while Santi Cazorla’s career could be over due to a long-term ankle injury.

Jurgen Klopp is also being tipped to dip in to the market for a midfielder as Emre Can is yet to sign an extension amid interest from Juventus and Bayern Munich so Doucoure could be viewed as a replacement.

Mauricio Pochettino is expected to further strengthen his squad this summer and the Spurs boss may also be eyeing Doucoure as a potential replacement for Victor Wanyama – who’s been linked with a move away from north London.

It looks like the English giants are now set to battle it out over Doucoure’s signature as the Mirror claim that Watford are set to cash-in on the £40m-rated midfielder at the end of the season.

The newspaper says the Hornets financial situation means they rely on buying players cheap and selling them on at a profit and Doucoure is expected to be sacrificed to keep the club in the black.

We’ll have to wait and see how things develop over the coming weeks but I think the Frenchman would be an excellent signing if Arsenal, Liverpool or Spurs were able to get a deal agreed this summer.