Arsenal boss Arsene Wenger has hinted he’s ready to accommodate Alexandre Lacazette by moving Pierre-Emerick Aubameyang out to the wing.

Arsene Wenger has hinted he’s ready to accommodate Alexandre Lacazette by moving Pierre-Emerick Aubameyang out to the wing.

Aubameyang forged a career as one of the deadliest strikers in world football during time at Borussia Dortmund where he scored 141 goals in his 213 appearances.

That type of form persuaded Arsenal to break their transfer record and splash out around £56m for Aubameyang’s signature during the January transfer window.

The Gabon international’s arrival coincided with Lacazette being sidelined for seven weeks following knee surgery so Aubameyang was immediately installed as our main striker.

He’s settled well and took his tally to 5 goals in his 6 Premier League appearances so far with a brace during our 3-0 victory over Stoke City this afternoon. Aubameyang could even have had a hat-trick but he selflessly allowed Lacazette to score a late penalty to seal the three points at the Emirates.

Lacazette’s introduction midway through the second half was the turning point in the game as he made an excellent impact off the bench and it’s led to questions about whether he and Auba came play together in the same team.

Many fans have been calling for Wenger to play both strikers up front with Mesut Ozil playing behind in the No.10 role but it looks like the boss has different ideas. 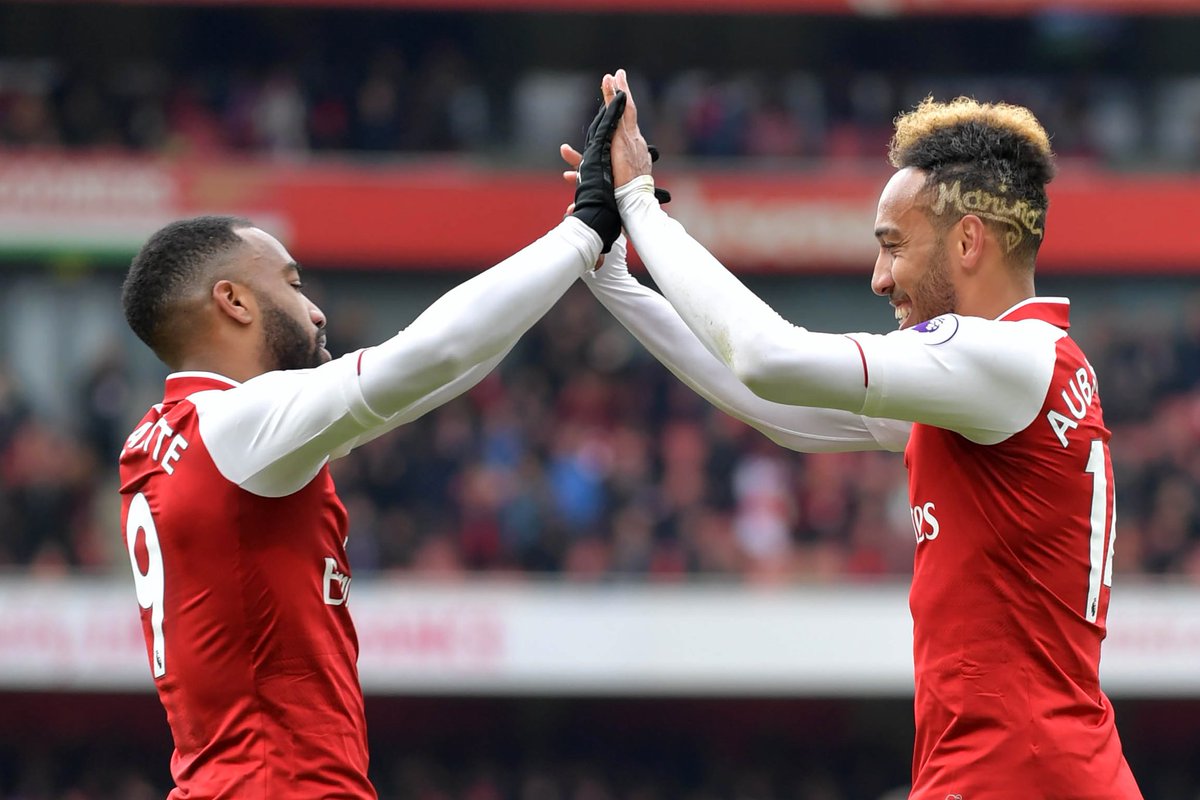 Speaking after the game today, Wenger suggested that he’s ready to move our record signing out to the left wing in order to accommodate Lacazette through the middle.

When asked if Auba and Laca can play together, Wenger told Arsenal.com:

Yeah, I think Aubameyang played a long part of his career on the left, at St Etienne, and in the first year at Dortmund [with Lewandowski], he played on the left. After, when Lewandowski moved to Bayern Munich, he played centrally.

I’m sure I won’t be the only Arsenal fan who would be bitterly disappointed if Wenger was to move Aubameyang out to the wing. We finally have a world class striker again and the boss is going to play him out of position? It would be madness.

I’m a big Lacazette fan too but under no circumstances should Aubameyang be shoved out to the left. He’s our best striker and has the potential to be a huge star for the club so it would be a huge waste if he’s moved out to the wing.

If Wenger won’t play two up front, then out of the two strikers it should be Lacazette who is moved out wide. He proved today he can play there and is a much better option that Danny Welbeck!