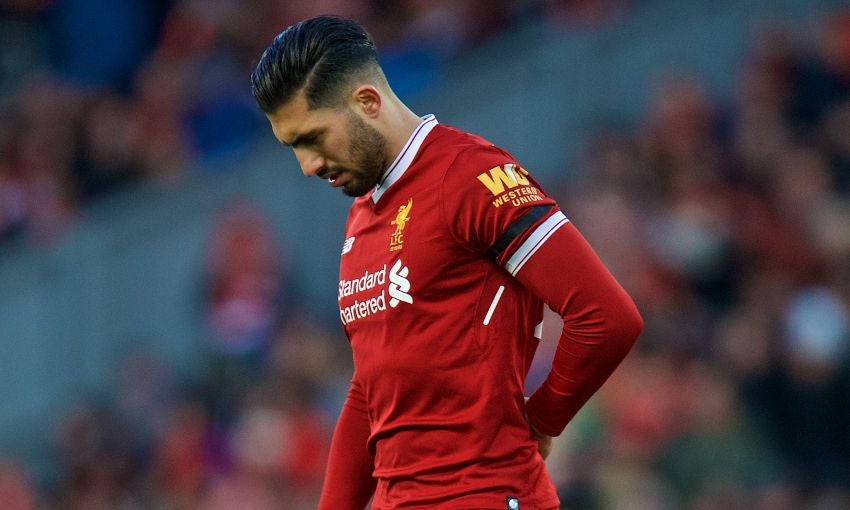 Liverpool boss Jurgen Klopp has confirmed a major blow after appearing to suggest Emre Can’s season is over due to an on-going back problem, according to the Mirror.

Can hasn’t played since limping out of Liverpool’s 5-0 victory over Watford at Anfield in mid-March and was ruled out of Germany’s friendlies during the recent international break.

The midfielder was initially only expected to be out for a matter of days but the injury has proven more serious than first thought and Klopp has been reluctant to put a time-frame on his recovery.

Can has sat out Liverpool’s last two Premier League matches against Crystal Palace and Everton while he also missed the first leg of their Champions League tie with Man City last week.

The 24-year-old will miss the decisive second leg at the Etihad Stadium this evening and it looks as though Klopp has now suggested Can won’t play again this season.

During an interview with Sky Germany ahead of tonight’s Champions League clash, when asked if the midfielder’s campaign was over, Klopp simply replied “yes”, according to the Mirror.

The Liverpool boss then confirmed a double blow by revealing that Adam Lallana is also unlikely to play again this season after picking up a hamstring injury earlier this month.

Lallana and Can will therefore join Joel Matip on the sidelines after the centre-back was ruled out for the rest of the campaign with a thigh problem.

Klopp is quoted as saying by the Mirror:

“If you lose three players in a week, that is of course not good,”

With Can and Lallana ruled out, Klopp has little option but to go with Georginio Wijnaldum, James Milner and Alex Oxlade-Chamberlain in midfield against City as Jordan Henderson is suspended.

If Can doesn’t play again this season due to his back injury he may have played his last game in a Liverpool shirt as his contract expires in June and he’s yet to agree terms over an extension.