Arsenal take on West Ham at the Emirates on Sunday afternoon. Here is a preview with team news, line-ups and predicted score

It’s sure to be an emotional day as Arsene Wenger takes charge of his first game since confirming he’ll leave Arsenal at the end of the season when West Ham visit the Emirates on Sunday.

Wenger announced on Friday morning that he will end his 22-year reign as Arsenal manager this summer having led the club to 3 Premier League titles and 7 FA Cups while he also oversaw the Invincibles.

The 68-year-old has come under increasing pressure from the fans and board members following a poor domestic campaign that’s destined to see us finish outside the top four for the second consecutive season so Wenger has decided now is the time to walk away.

No doubt the players will get behind the boss for the remaining games and try to see him off with a Europa League winners medal but we have a job to do first against West Ham tomorrow.

The Hammers head to the Emirates sitting 14th in the table and six points from safety so David Moyes’ side will be hoping to secure a positive result in order to boost their survival bid.

Wenger is expected to rotate his squad ahead of next weeks Europa League semi-final first leg against Atletico Madrid with the likes of Sead Kolasinac, Calum Chambers and Alex Iwobi set to feature.

Aaron Ramsey is back in contention after recovering from a nasty cut leg but he may be protected ahead of the Madrid game while Jack Wilshere may also be rested due to a minor ankle problem.

Henrikh Mkhitaryan is back in training after recovering from a knee injury but he won’t be risked just yet while Santi Cazorla remains out with a long-term ankle problem.

West Ham have no fresh injury worries to contend with but James Collins remains out with a hamstring injury while Winston Reid, Michail Antonio, Sam Byram and Pedro Obiang are long-term absentees. 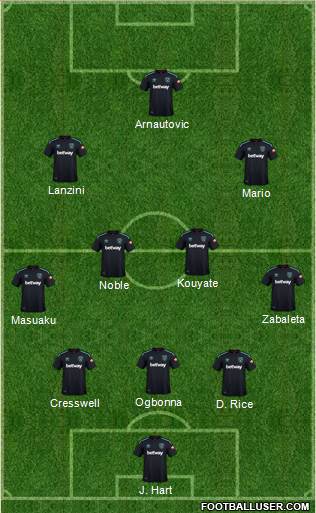 Arsenal 2-0 West Ham: We’ve lost just one of our last 19 league meetings with West Ham and I’d be shocked if we didn’t win this match tomorrow. The ground should be buzzing and right behind the team following Wenger’s announcement and the players should be busting a gut to send him off in style. I’m going for a 2-0 home win.