The summer transfer window is about to open and managers are working hard on their transfer targets so we’ll bring you all the latest gossip from around the globe. Today, Man Utd are  linked with Sime Vrsaljko… 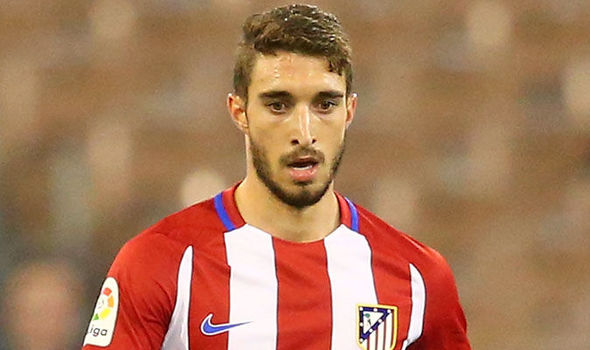 Manchester United are eyeing a move for Altetico Madrid’s £30m-rated full-back Sime Vrsaljko as they also continue talks to sign Shakhtar Donetsk’s Fred, according to the Daily Mail.

Jose Mourinho knows he needs to improve his squad if United are to challenge Manchester City for the title next season and right-back has become an area of concern.

Matteo Darmian is set to leave and while Antonio Valencia has been one of United’s most consistent players in recent years since being converted in to a right-back, the Ecuadorian international turns 33 in August.

Therefore, a long-term replacement is needed and the Daily Mail claim that United have put Vrsaljko on their list of targets as they prepare to kick-start their summer transfer business.

Vrsaljko has been in impressive form at Atletico Madrid this season and helped them win the Europa League with a comfortable 3-0 victory over Marseille last night.

The Croatia international only moved to Madrid in 2016 so Diego Simeone will be reluctant to lose him but the Daily Mail suggest the La Liga giants will cash-in if £30m is put on the table.

We’ll have to wait and see whether United are willing to meet that asking price but Vrsaljko would be a solid addition to Mourinho’s squad if they manage to lure him to Old Trafford this summer.

Mourinho is also needing to strengthen his midfield options as Michael Carrick has retired while Marouane Fellaini is set to walk away on a free transfer having failed to agree terms over an extension.

Fred has been touted as a key target in recent weeks and the Daily Mail claim talks with Shakhtar Donetsk are on-going over a potential £53m deal to sign the Brazilian midfielder.

If United secure both Fred and Vrsaljko then the double swoop could set them back around £83m but Mourinho would have filled two troublesome positions with a couple of top class players.