The summer transfer window is now open and managers are working hard on their transfer targets so we’ll bring you all the latest gossip from around the globe. Today, Arsenal are linked with Lukas Klostermann… 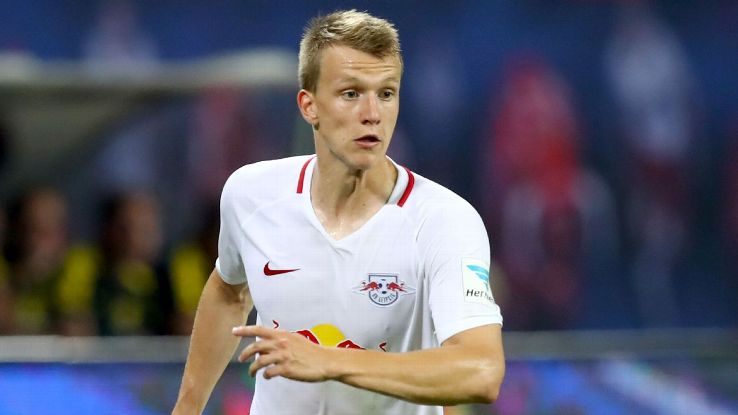 Arsenal are lining-up a swoop to sign RB Leipzig defender Lukas Klostermann this summer as Unai Emery continues to overhaul our back four, according to reports in Germany via the Mirror.

A leaky defence was our Achilles heel yet again last season as we conceded a whopping 51 goals in the Premier League so Emery needs to tighten things up if we’re to break back in to the top four.

We’ve already signed Stephan Lichtsteiner from Juventus on a free transfer but the 34-year-old is only a short-term solution so we need to think to the future and it looks like Emery has a target in mind.

The Mirror are citing a report from Bild that claims Arsenal are showing a keen interest in signing RB Leipzig star Lukas Klostermann and are now lining-up a summer swoop for the powerful defender.

Klostermann joined Leipzig from VFL Bochum in 2014 and he’s now a first team regular having made 39 appearances in all competitions last season to help them qualify for the Europa League.

The 22-year-old is tipped to become a senior German international having represented his country at U21 level and is seems his potential has caught the attention of Arsenal scouts.

However, Leipzig are under no pressure to sell Klostermann any time soon as the 6ft 2in defender is still under contract until 2021 so we’ll have to make them an offer they can’t refuse.

Klostermann is predominantly a right-back so he’d be seen as a long-term replacement for Lichtsteiner or perhaps even a successor to Hector Bellerin if he was to move back to Spain at some point.

However, the youngster is also capable of playing anywhere across the back four so his versatility would be a useful asset for Emery if we are able to get a deal agreed to lure Klostermann to the Emirates this summer.