Naby Keita has been posing in his new No.8 shirt after Liverpool confirmed the midfielder will complete his £52.75m move from RB Leipzig on July 1st.

The summer transfer window is open and managers are working hard on their transfer targets so we’ll bring you all the latest gossip from around the globe. Today, Liverpool unveil Naby Keita… Naby Keita has been posing in his new No.8 shirt after Liverpool confirmed the midfielder will finally complete his £52.75m move from RB Leipzig on July 1st.

Liverpool tried to sign Keita last summer but after lengthy negotiations with Leipzig a £52.75m deal was agreed [source: Liverpool Echo] for the midfielder to remain in Germany for one more year before linking up with his new team in the summer of 2018.

Keita arrived on Merseyside earlier this week and Liverpool have now confirmed on Liverpoolfc.com that the 23-year-old will officially complete his transfer to the club on July 1st.

The Guinean international has signed a long-term contract and will begin his pre-season training at Melwood on Monday when the rest of the squad who are not playing at the World Cup will report for duty.

Keita will become the first player to wear the iconic No.8 shirt since Liverpool legend Steven Gerrard vacated the number following his exit in 2015 after an illustrious career at Anfield.

Gerrard was at Melwood to present the shirt to Keita – as shown in the picture below. 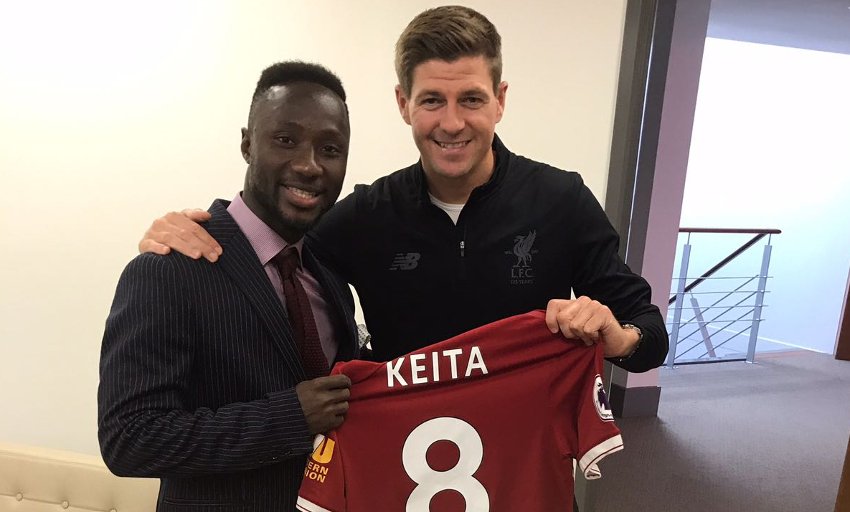 After being unveiled as Liverpool’s latest new signing, Keita told the clubs website:

“When you see how they performed last season it makes me want to do the same and to be a part of this team. I would like to be able to achieve a similar kind of season with them next season – but even better.

“I chose Liverpool because it is a team I watched often – and I also spoke a lot about it with Sadio [Mane]. He told me a lot about the team and the club.

“I also spoke with the coach, who told me about the project for the team and that motivated me to be here.”

Keita is an all-action midfielder who became one of the best players in the Bundesliga during his time with Leipzip so he’s expected to be a real hit at Anfield and will line-up alongside Fabinho next season following his move from Monaco.

Here are more photos of Keita in his new Liverpool kit: 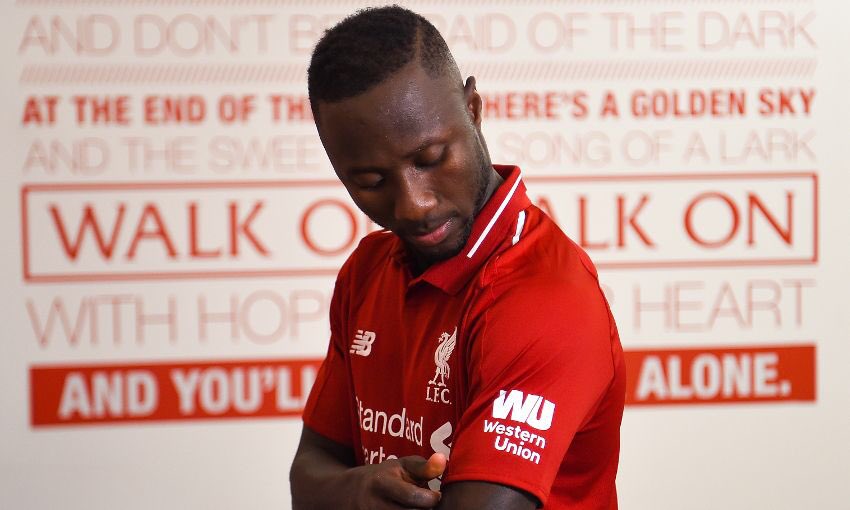 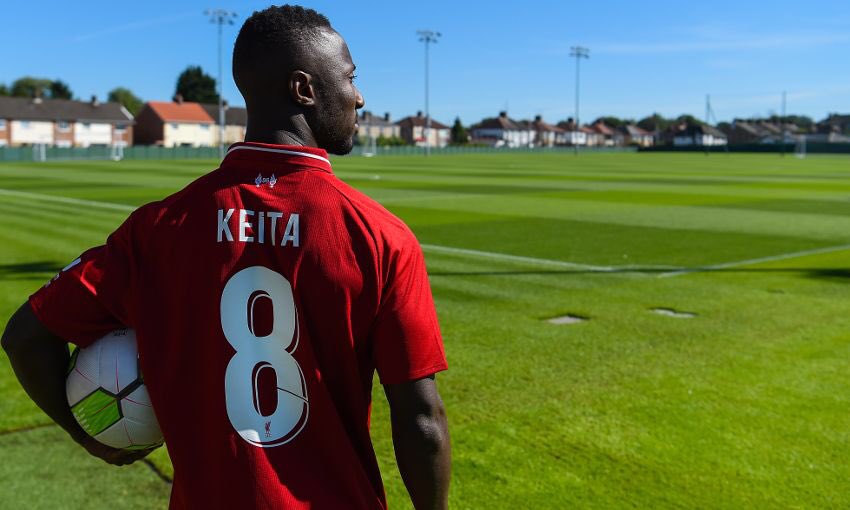 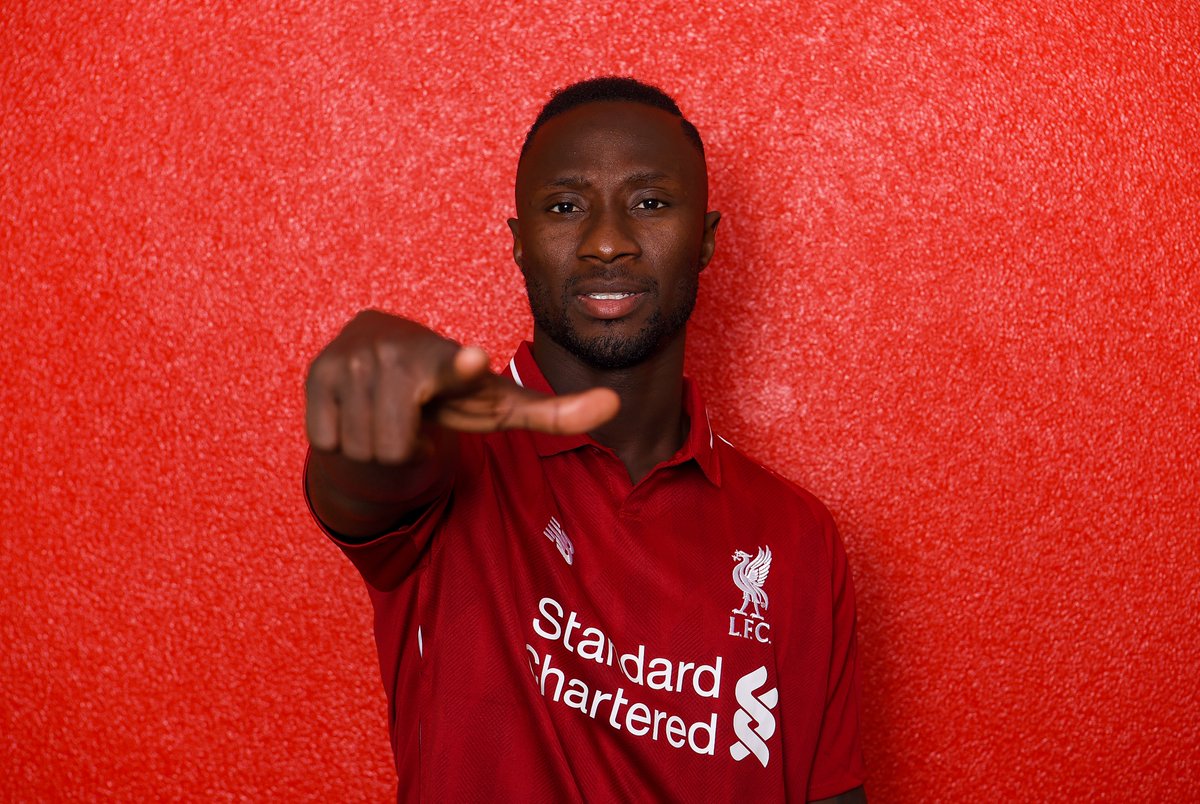 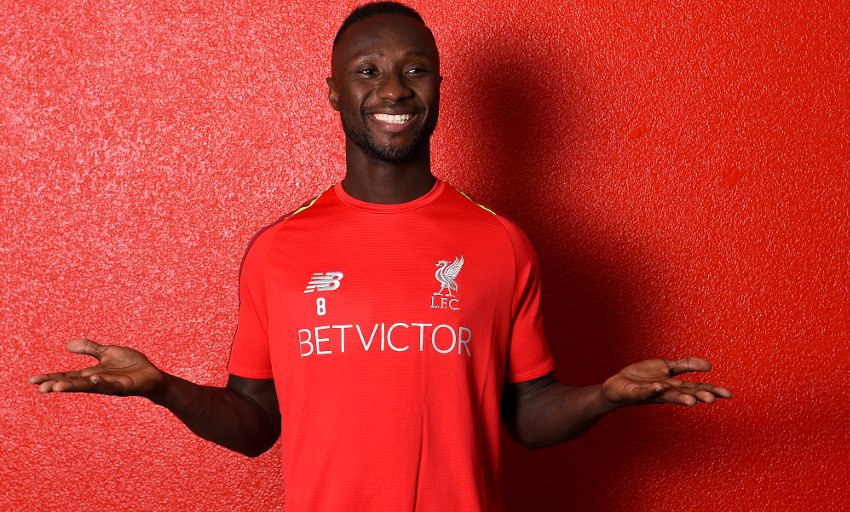