Arsenal and Liverpool will face a tough fight in the race to sign Diogo Leite with a number of other sides keen on the £13.4m-rated Porto defender

The summer transfer window is in full swing and managers are working hard on their transfer targets so we’ll bring you all the latest gossip from around the globe. Today, Arsenal and Liverpool face a fight to sign Diogo Leite…. 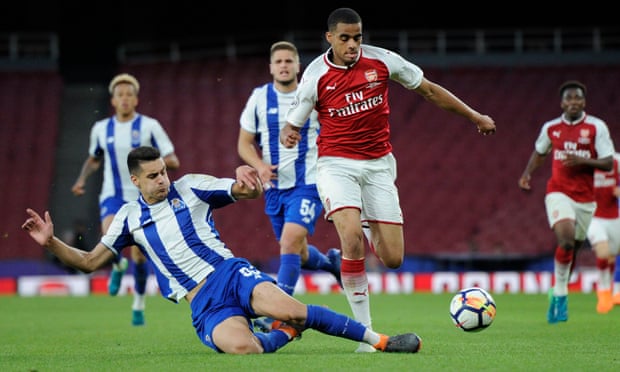 Arsenal and Liverpool will face a tough fight in the race to sign Diogo Leite with a number of other sides keen on the £13.4m-rated Porto defender, according to the Express.

Leite has developed in to one of the hottest prospects in European football since coming through the youth ranks at Porto and has put-in some impressive performances for their B team over the last two seasons while he’s also tipped to become a Portuguese international in the future.

The 19-year-old produced some excellent display’s for the Porto U23’s last season which saw them win the UEFA Youth League with a 1-0 win over Arsenal in the final and his potential has caught the eye of Premier League scouts.

The Express are citing a report from Kicker that claims Arsenal and Liverpool have registered their interest in signing Leite this summer as the English giants look to snap-up one of the most highly-rated young defender’s in Europe.

Arsenal boss Unai Emery has splashed around £70m on five new signings this summer as he looks to get the north Londoners back in to the top four but he’s expected to further strengthen his defence and it looks like Leite is on his radar.

Jurgen Klopp has enjoyed an excellent summer after snapping-up the likes of Alisson, Naby Keita and Fabinho but the Reds boss is being urged to strengthen his back-line and Leite could be viewed as ‘one for the future’.

However, Arsenal and Liverpool will face fresh competition as not only does the report say that Man City are keen on the centre-back but Borussia Monchengladbach are also seemingly in the running for his signature.

Therefore, Arsenal or Arsenal will have to move quickly if they want to sign Leite and they could be tempted to meet his £13.4m release clause as that seems reasonable in today’s over-inflated market for a player with his potential.