The summer transfer window is in full swing and managers are working hard on their transfer targets so we’ll bring you all the latest gossip from around the globe. Today, Chelsea have stepped-up their transfer plans…

Chelsea are ready to trump Liverpool with a swoop for Christian Pulisic after the Blues hierarchy held discussions about £205m worth of talent this weekend, according to the Daily Mail.

Chelsea have been relatively quiet in the market so far as they spent several weeks trying to resolve Antonio Conte’s future and have only signed Jorginho and Rob Green since Maurizio Sarri replaced the Italian coach earlier this month.

However, the west Londoners are expected to be extremely active during the closing days of the window and the Daily Mail claim Roman Abramovich and Marina Granovskaia have held extensive transfer talks on the Chelsea owners yacht in the south of France this weekend.

The newspaper says the Blues chiefs held negotiations with Borussia Dortmund officials over a potential deal to sign £65m-rated attacker Christian Pulisic after watching Chelsea draw 1-1 with Inter Milan at the Allianz Riviera on Saturday.

TeamTalk reported recently that Liverpool and Chelsea are ready to do-battle over the 19-year-old winger after Dortmund decided they were open to the idea of cashing-in due to Pulisic’s reluctance to discuss a new contract.

Jurgen Klopp has been a long-term fan of the American international’s after working together at Dortmund and Liverpool are in the market for another attacker having seen a move for Nabil Fekir collapse earlier in the summer.

However, it looks like Chelsea have stolen a march on the Merseysiders after Abramovich held formal transfer talks with the German giants over a potential deal to sign the talented teenager. 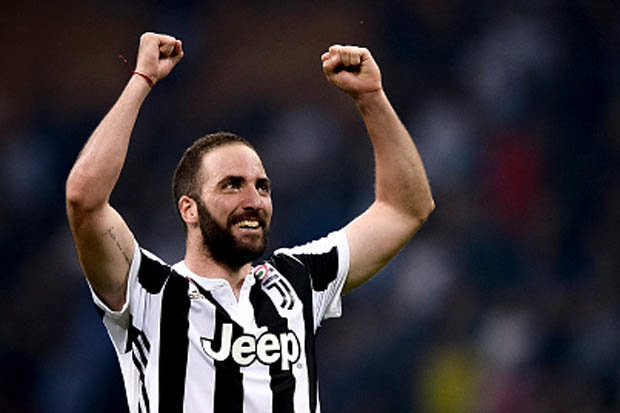 It’s been a busy few days for Chelsea as the Daily Mail claim the Londoners also held negotiations with Juventus over the weekend to discuss potential deals for Gonzalo Higuain, Daniele Rugani and Mattia Caldara.

Higuain is expected to leave the Turin giants following the arrival of Cristiano Ronaldo and the newspaper says he’ll cost around £55m with the Argentinean international lined-up as a replacement for Alvaro Morata – who’s tipped for a move this summer.

Chelsea are also in the market for at least one new central defender as both David Luiz and Gary Cahill are being linked with moves away from Stamford Bridge and Rugani has emerged as a prime target.

The Daily Mail says a £45m deal could be agreed for the Italian international but Chelsea have also enquired about £40m-rated Caldara after he impressed on loan at Atalanta last season.

We’ll have to wait and see how talks progress over the coming days but it looks like Chelsea are going to be extremely busy in the transfer market having held talks over £205m worth of talent this weekend.