The summer transfer deadline day has arrived and managers are working hard to secure last minute deals so we’ll bring you all the latest gossip from around the globe. Today, Kepa Arrizabalaga completes his move to Chelsea…. Chelsea have completed the signing of Kepa Arrizabalaga from Athletic Bilbao after the goalkeeper signed a mega seven-year contract at Stamford Bridge late last night.

The Blues have been scouring the market for a new goalkeeper in recent months after Thibaut Courtois went AWOL to try and force a move to Real Madrid. The Belgian international had just one year on his contract and refused to sign an extension so Chelsea decided to cash-in rather than lose him for nothing in 12 months.

Kepa emerged as a prime target earlier this week and news broke on Tuesday that Chelsea had triggered a £71.6m release clause [source: Sky Sports] in his Bilbao contract and the goalkeeper flew-in to London to finalise his move.

It was announced on Wednesday evening that Courtois has joined Madrid for a fee in the region of £35m with midfielder Mateo Kovacic heading to Stamford Bridge on loan as part of the deal.

That paved the way for Kepa to complete his switch to Chelsea and the Blues made an announcement on Chelseafc.com late on Wednesday night that the 23-year-old has joined the club on a seven-year contract. 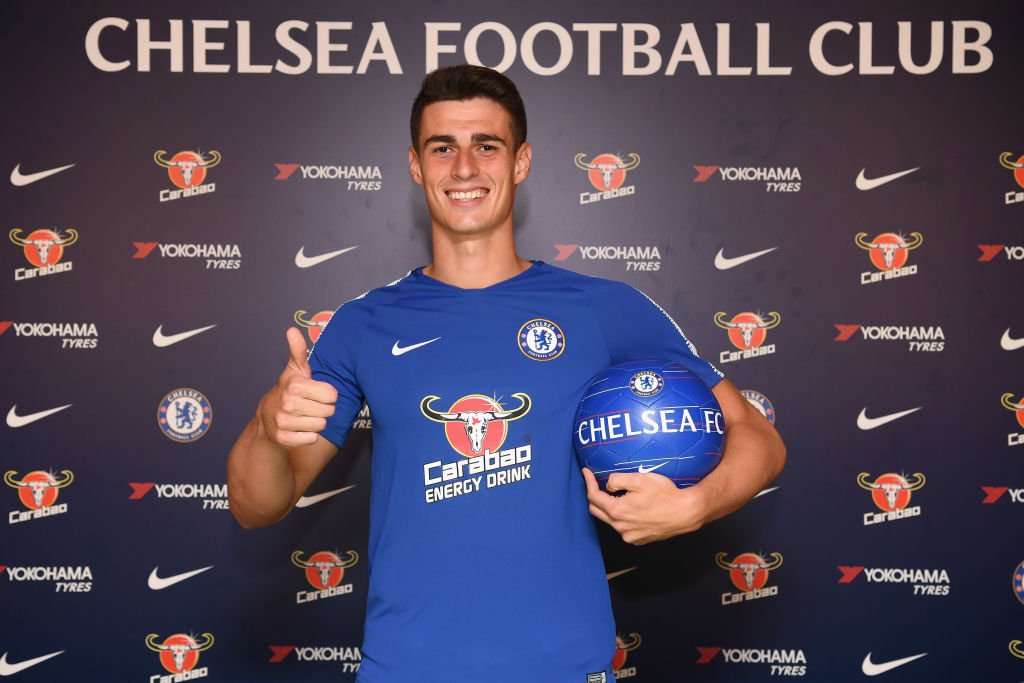 After completing his move – which is a world record for a goalkeeper – Kepa told the Chelsea website:

‘It’s a very important decision for me, for my career, and also for my personal life.

‘So many things attracted me to the club, all the titles the club has won, the other players, the city, the English Premier League. It’s an accumulation of things, and I am very glad Chelsea has decided to trust me and to take me in as well.’

Kepa has been with Bilbao his entire career and has developed in to one of the most exciting young goalkeepers in Europe since breaking in to the first team two years ago while he was also named in the Spanish World Cup squad this summer.

It’s a huge investment from Chelsea but Kepa has the potential to be a real star and the Spanish youngster becomes Maurizio Sarri’s fourth signing following Rob Green, Jorginho and Kovacic.