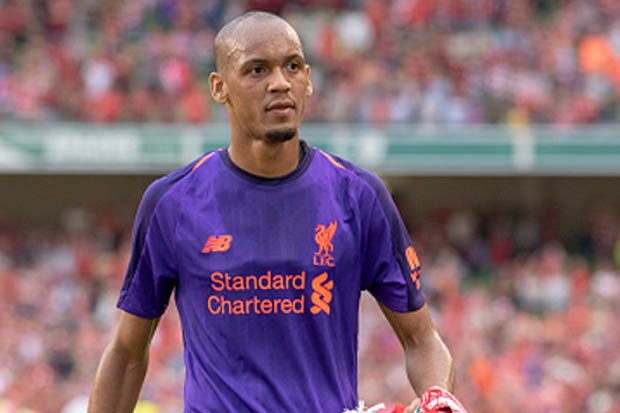 Premier League football returns this weekend and Liverpool kick their 2018/19 campaign off when they welcome West Ham to Anfield on Sunday afternoon.

Jurgen Klopp has been speaking to the media at his pre-match press conference this afternoon and the Reds boss has offered a full team news and injury update ahead of the game.

Klopp gave an update on summer signing Fabinho after he was sent to have a scan on Thursday on a minor muscle knock that he sustained during the 3-1 win over Torino on Tuesday night.

Thankfully, the injury came back all clear, however, Klopp has now revealed that the Brazilian international was sent home due to illness and will need to be assessed to see if he recovers in time to face West Ham.

Liverpool also have doubts over Joel Matip as he’s only recently returned to training following a hip injury while Joe Gomez is hoping to be passed fit after missing the win over Torino with a knock.

The Merseysiders could have problems at the back as Klopp has confirmed Dejan Lovren will miss the visit of West Ham due to a lack of match fitness while Ragnar Klavan is also missing due to a hamstring injury.

Jordan Henderson and Trent Alexander-Arnold have only recently returned to pre-season training following their exploits with England at the World Cup but they are lacking match fitness so will need to be assessed before their availability is decided.

“Ragnar has no real chance. Joel did train in small parts like Joe [Gomez] did so we will see how they are today,”

“We will see about the England boys and Dejan. They are all in different shape. Trent has had longer, which is good. Hendo is full of power but hasn’t been back long. It’s Hendo though, you always think about him. Dejan is unavailable for the weekend.”

“Fabinho is clear. He had a scan but the check was clear. Then he felt ill so we sent him home again and I haven’t seen him again. We will see.”

James Milner should be included in the squad as he’s trained wearing a head bandage this week after needing 15 stitches to close a nasty head wound he received during the win over Torino in midweek.

Summer signings Naby Keita, Alisson Becker and Xherdan Shaqiri will all be hoping to make their Premier League debuts against the Hammers on Sunday along with Fabinho if he’s passed fit.