The Premier League transfer window may be closed but European clubs can still buy from English teams and managers are planning for the future so we’ll bring you all the latest gossip. Today, Arsenal and Tottenham are linked with Elvis Azah… 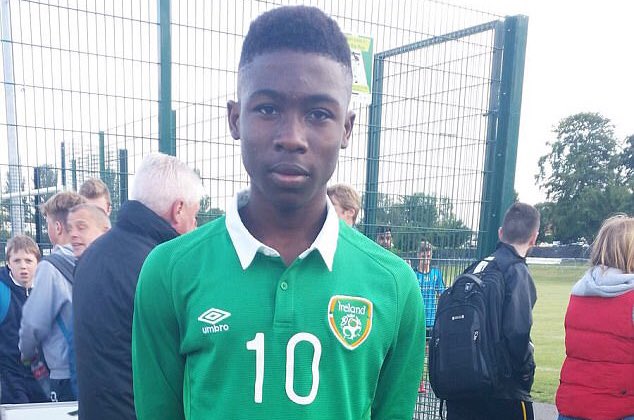 Arsenal and Tottenham have expressed their interest in signing highly-rated Irish youth international winger Elvis Azah after his impressive spell at Cardiff City, according to TeamTalk.

Azah was born in Ghana but moved to Ireland at the age of 11 and played junior football with Deen Celtic and Waterford before moving to London last year where he caught the attention of top scouts while playing in an AG Football Academy ‘Be Next’ event.

The 17-year-old had trials with Manchester United, Celtic and Everton but they couldn’t sign the teenager because he didn’t have Irish citizenship at the time but this has since been granted meaning he can sign for English clubs without a visa.

The pacey winger – who’s known for his ability to beat players – spent pre-season with Cardiff this year and they are ready to offer him a contract after an impressive spell that saw him score twice during a friendly with West Ham under-18’s.

However, it seems the newly-promoted Premier League outfit will face stiff competition as TeamTalk claim that Arsenal and Tottenham have now joined the race to sign Azah and have registered their interest in the youngster.

We’ll have to wait and see who he chooses but the attacker lives in the capital so no doubt a move to two of London’s most powerful clubs will be extremely attractive to Azah and he’d have the chance to develop his talents in their academy’s if a deal could be agreed.

Azah is tipped to become a full international with the Republic of Ireland in the future as he’s already represented them at Under-15 and Under-16 level so he looks to have a bright future ahead of him.