Arsenal boss Unai Emery has delivered a positive update on Laurent Koscielny after the defender stepped-up his comeback from a serious Achilles injury. 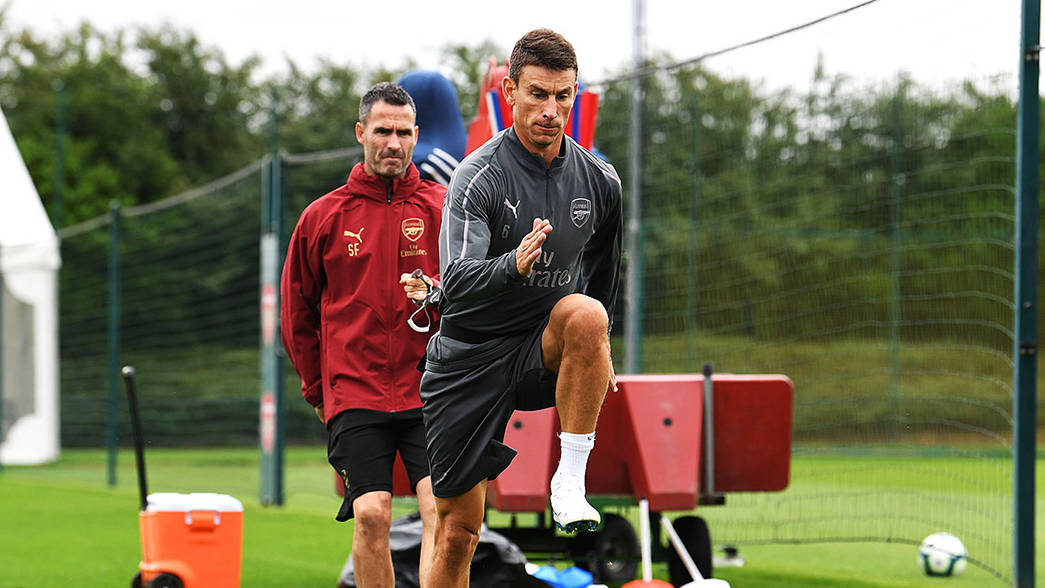 Arsenal boss Unai Emery has delivered a positive update on Laurent Koscielny after the defender stepped-up his comeback from a serious Achilles injury.

Koscielny has been out since rupturing his Achilles during Arsenal’s Europa League semi-final second leg defeat to Atletico Madrid back in April and he was forced to miss France’s triumph at the World Cup finals this summer.

The centre-back was ruled out for between 6-9 months and was initially not expected back in training until October, however, Koscielny has now stepped-up his rehabilitation at London Colney.

The 32-year-old was back out on the training pitches today to begin light individual ball work away from the main squad and Emery has now confirmed the defender is making ‘very good progress’ in his recovery.

However, after such as serious injury, the boss says we need to be patient and he’s reluctant to put a time-frame on when the skipper will be available for selection again.

Speaking at his press conference ahead of Saturday’s clash with West Ham, Emery told Arsenal.com:

on if Koscielny is ahead of schedule…
He’s working very hard. First he was in France. He came back to us last Sunday. We are happy to have him here with us, because he’s our captain and he’s showing us his spirit to stay with us. We need to be patient with him because the injury was an important injury. It’s clear that it’s very important to stay with us, working here and showing us that he wants to help us.

on when he could play…
It’s difficult to know. You look at this morning, he’s running, he’s working on the pitch. The progress is very good progress.

We’ll have to wait and see how Koscielny progresses over the coming weeks but fingers crossed he can avoid any setbacks and get himself back to full fitness before October.

His return can’t come soon enough as our defence still looks vulnerable without Koscielny marshalling the back-line with neither Sokratis nor Shkodran Mustafi impressing so far this season during defeats to Man City and Chelsea.