The transfer window may be closed but managers are already planning for January and next summer so we’ll bring you all the latest gossip. Today, Jerome Boateng confirms he held talks with Jose Mourinho this summer… 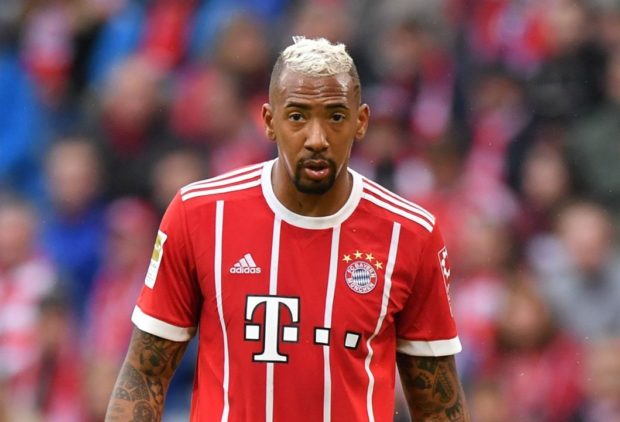 Bayern Munich defender Jerome Boateng has confirmed he spoke with Jose Mourinho after Manchester United expressed their interest in signing him this summer, according to quotes in the Mirror.

Mourinho was desperate to sign a top class central defender during the summer transfer window as the Man Utd boss continues to have doubts over the likes of Phil Jones, Chris Smalling, Eric Bailly and Victor Lindelof.

Attempts to sign Tottenham’s Toby Alderweireld and Leicester City’s Harry Maguire failed and Boateng was one of a number of other centre-backs to be strongly linked with a move to Old Trafford this summer.

The Mirror reported last month that United held talks with Bayern Munich over a potential £44.5m deal to sign the German World Cup winner following their friendly at the Allianz Arena in early August but once again they failed to get a deal agreed.

Boateng has now confirmed Man Utd’s approach and revealed that he called Mourinho to thank him for trying to sign him. However, despite being tempted by a new challenge, the defender explained that it wasn’t easy for him to leave a club like Bayern Munich.

The 30-year-old is quoted as saying by the Mirror:

“I had enquiries from Paris Saint-Germain and Manchester United. I did not want just to get away from Bayern, but I was thrilled to try a new challenge. I feel well at Bayern. It’s one of the biggest clubs in the world.

“I called Jose Mourinho, I told him that his interest was an honor for me and thanked him for trying so hard for me.

“I explained to Jose that it’s difficult to leave Bayern, and if I do, everything has to be in place to top this club.”

Boateng would have been an excellent signing had United been able to lure him to Manchester as he’s been one of the best centre-backs in world football since joining Bayern from Manchester City seven years ago.

The experienced defender has won 6 Bundesliga titles, 4 domestic cups and the Champions League during his time at the Allianz Arena while he also helped lead Germany to the 2014 World Cup.

However, it wasn’t to be and Mourinho ended up empty handed as executive vice chairman Ed Woodward failed to land any of his defensive targets so United will have to wait until at least January to get their hands on a new centre-back.