Chelsea take on Cardiff City at Stamford Bridge on Saturday afternoon. Here is the side I think Maurizio Sarri will select for the game:

Chelsea will be looking to maintain their 100% start to the new season when they take on Cardiff City at Stamford Bridge on Saturday afternoon. Here is the side I think Maurizio Sarri will select for the game:

Goalkeeper: Goalkeeper Kepa Arrizabalaga has had a solid start to life in the Premier League following his world-record move from Athletic Bilbao this summer so the Spaniard is certain to keep his place between the sticks again this weekend.

Defence: Sarri has stuck with the same back four in each of Chelsea’s four league games so far this campaign and I don’t see him mixing things up this weekend after his players returned from international duty unscathed.

David Luiz is back in favour under Sarri so I expect the Brazilian to keep his place ahead of Gary Cahill and Andreas Christensen to start alongside Antonio Rudiger at the heart of defence on Saturday.

Cesar Azpilicueta has been as reliable as every since moving back to the right side of defence while Marcos Alonso has done well at left-back so far this season so they should retain their places against Cardiff.

Midfield: Jorginho has been outstanding in the deep lying playmaker role since arriving from Napoli so the Italian international is certain to be the heartbeat of Chelsea’s midfield once again this weekend. 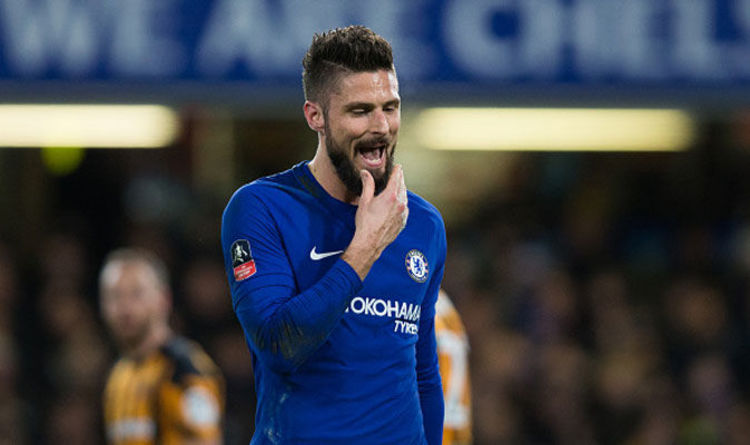 Cesc Fabregas could be back in contention after stepping-up his injury return over the past two weeks but a place on the bench is the best he can realistically hope for as Mateo Kovacic and N’Golo Kante are expected to keep their places against Cardiff.

Ross Barkley and Ruben Loftus-Cheek will battle with Fabregas for a substitute role but Danny Drinkwater has been frozen out since Sarri arrived in the summer.

Attack: Eden Hazard was once again instrumental during Chelsea’s 2-0 win over Bournemouth before the international break so the Belgian superstar is expected to keep his place in attack on Saturday.

However, we could see Sarri freshen things up elsewhere as Pedro could be recalled in place of Willian after coming off the bench to score the vital opening goal against the Cherries last time out.

Olivier Giroud is also pushing to start up front after netting for France in midweek and Alvaro Morata could make way as his form has been inconsistent so far this season. 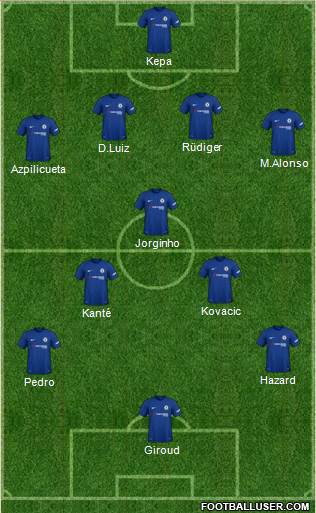