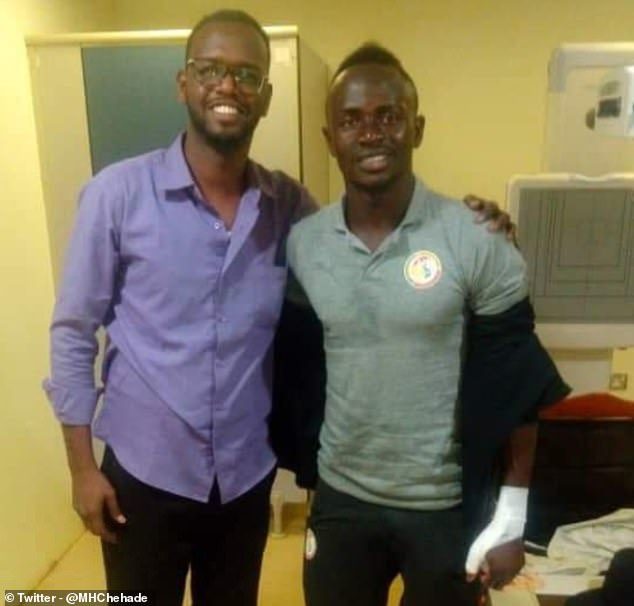 Liverpool have been dealt a fresh injury concern after Sadio Mane suffered a broken thumb while away on international duty with Senegal over the weekend, according to the Daily Mail.

The newspaper claims that Mane picked up the injury during Senegal’s African Cup of Nations qualifying victory over Sudan on Saturday – which they won 3-0 – and team doctor Abdourahmane Fedior says the attacker will miss the return fixture today.

It’s stated in the report that Senegal boss Aliou Cisse insisted Mane still had to travel to Sudan to be with the rest of the squad despite the fact he won’t feature in the game and the Liverpool star underwent a scan after arriving in Khartoum on Monday.

The results of the scan are in and the Daily Mail claims Mane has suffered a fracture to his left thumb and the injury has now been braced and put in a strap – as shown in the picture above.

It’s unclear how long the 26-year-old will be on the sidelines for and no doubt he’ll be further assessed by the Liverpool medical team when he reports back at Melwood for training later this week.

However, Jurgen Klopp will be sweating over the injury as Mane has been a key player for his side this season and he must now be considered as a doubt for Liverpool’s Premier League trip to Huddersfield Town on Saturday evening.

The Reds suffered another scare after Mohamed Salah was sent back to Merseyside for treatment after picking up a leg injury while playing for Egypt last week but the attacker is expected to be fit to face Huddersfield.

Virgil van Dijk and James Milner are also minor doubts for this weekend’s action due to knocks but Liverpool are hopeful both players will be passed fit to make the trip to the John Smith’s Stadium on Saturday.